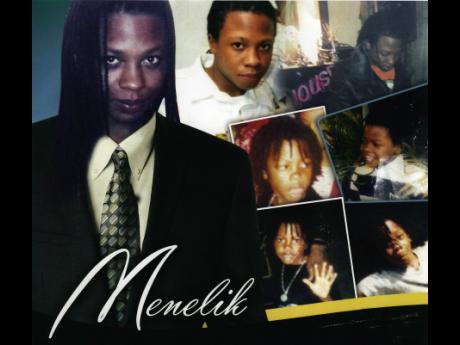 File A collage showing Menelik at different stages during his life. 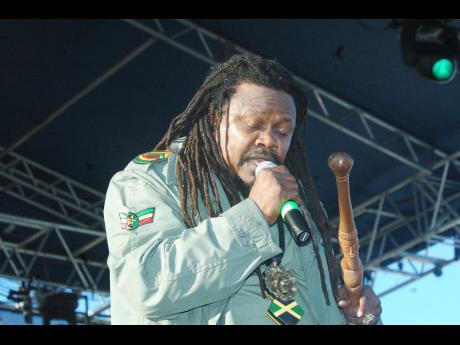 The family of Luciano's son, Menelik McClymont, is having mixed feelings following the revelation that three persons have been charged with his murder.

Family members say that while they are relieved that the police have brought three of the perpetrators into custody, they are angry that another suspect they believe is the mastermind behind the incident might walk away a free man.

Sonia Sterling, McClymont's stepmother and Luciano's spouse, told THE STAR yesterday that the fourth suspect is the one with whom McClymont had the argument, and was the one who commissioned the other three men to carry out the deadly attack.

"He is the main one behind the whole thing," she claimed.

"He and Menelik got into an argument and he left and came back with three other guys. I get to understand that he wasn't involved in the actual stabbing, but he was the owner of the getaway car, and he was the one who drove the guys away from the scene."

A distraught Luciano also told THE STAR that even though the fourth suspect might not have had a part in the actual stabbing, he should also be charged for his part in the act.

"I would feel better if he was charged," he expressed.

"He went for these guys and we can't allow him to get away with this. It is safer for everyone if he is brought to justice because I don't want this to happen to anybody else's child, and I don't want anything to happen to him and people say is me send people to harm him. A lot of people are hurt by this and are thinking of retaliating. I have to be telling people to remain calm because I am not about revenge, I am about justice."

While preparing to host McClymont's nine-night yesterday, Luciano described his son as a jovial person and usually quiet person.

"He was very God-fearing and quiet, he never picked arguments or got into fights, he was loving."

Meanwhile, his teary-eyed stepmother spoke fondly of the young man's dreams of going into the entertainment industry.

"A few days before he died, he said to me, 'Mums, I'm going to be famous and I want you to do my bookings', and I laughed and told him I would charge him 20 per cent of the fees... They took away his dream," she expressed.

McClymont, 19, died on Sunday, February 28, as a result of stab wounds he received the previous day at the Parkington Plaza in St Andrew after concluding classes at Maths Unlimited.

The three persons charged with his murder are scheduled to appear in the Half-Way Tree Resident Magistrate's Court last Friday.