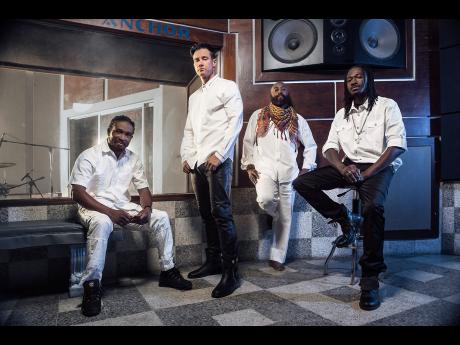 The EP, which was released in February, consists of eight songs, including the title track, which is a reggae rendition of the jazz standard Skylark which was written by jazz greats Johnny Mercer and Hoagy Carmichael in 1941.

Some of the other songs on the EP are the previously released singles She Pray and Rudeboy. A noteworthy track on the EP is Bed of Roses, which features The Abyssinians. This song was written and produced by The Abyssinians group leader Donald Manning.

Rootz Revealerz is on a one-month european tour as the supporting act for the Abyssinians.

The tour will include a number of shows in countries such as France, Belgium, Luxembourg, the Netherlands, and Reunion Island.

Hailing from Kingston, Rootz Revealerz is the coalescence of the Manning brothers (sons of The Abyssinians' Donald Manning) and American-born Chris Mundahl.