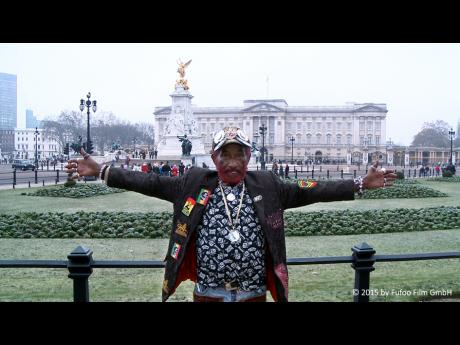 In an interview with The United Kingdom's Guardian newspaper, the singer said he had no regrets about the incident. The interview was to commemorate Perry's 80th birthday.

The interview, which was published on the Guardian's website, sees Perry answering questions about Bob Marley and what inspired him to pursue music. He then admitted to setting the Black Ark Studios on fire, saying there was some bad energy inside it that needed to come out.

"Have you ever regretted burning down Black Ark Studios, which had been where you made many of your greatest recordings," a reporter asked.

"No. There was some bad energy because my intention was to help poor people and most of the people were in poverty. So I was taking their poverty and giving them my energy, but they remained poor. All I wanted to take from them was their demons," Perry explained. "Burning up the studio was a way of burning the demon, burning up the bad luck that had come to the people who lived in Jamaica. There is a Jewish saying that if you don't burn the demon, maybe you die instead of him."

When asked if his method worked, given his success following the incident, Perry said, "Yeah, yeah. I didn't regret nothing because it worked perfectly, the way God planned it."

Many of Perry's songs were recorded at the Duhaney Park studio, which not only attracted the top names in reggae, but big British artistes such as Robert Palmer and The Clash, before it was destroyed by the fire.

Last December, Perry's studio in Switzerland was also destroyed by fire when the musician reportedly forgot to put out a candle as he left for the night.