National Weed Day to be celebrated on April 20 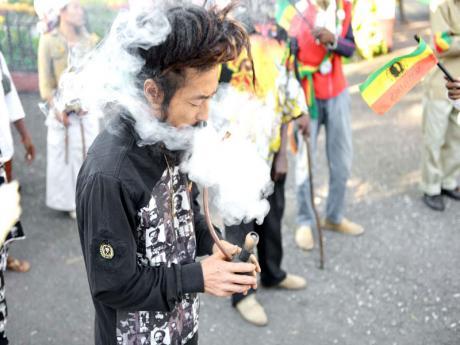 Wednesday, April 20 will be informally celebrated as National Weed Day in parts of America.

The day is dubbed 420 because at about 4:20 in the afternoon weed lovers across various states will 'light up' in celebration.

4/20 is believed to be significant as there are 420 chemical compounds found in cannabis.

No one knows for sure how Weed Day got its origin but many has quickly taken on to it.

While there is a push for full legalisation of weed, it is becoming increasingly popular all around the world. To some extent, it is already legal in 23 states plus Washington D.C.

The legislation made the possession of two ounces, or less, of ganja, a non-arrestable, but ticketable offence attracting a fixed monetary penalty.

It also allowed for a scheme of licences, permits, and other authorisations which enable the establishment of a lawful, regulated industry for ganja, for medical, therapeutic and scientific purposes.