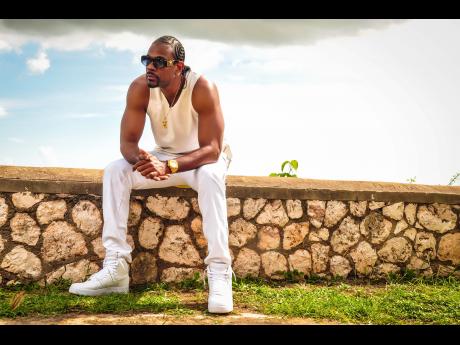 Recording artiste D Major has been having a crazy good time on a whirlwind tour with his friend and fellow performer, Chris Martin, for the past few weeks.

The tour has so far featured performances in Zimbabwe, a quick stop-over in Dubai, and shows on the US West Coast - Oakland and San Diego. It has its next stop in Rochester, New York, today.

In New York, D Major will share a stage with Martin, Barrington Levy, and Wayne Wonder on 'The Power of Reggae'.

D Major has released a number of songs since the start of the year, including Fire Truck, Nicest Squeeze, and Deal is Done. He said the tour has been great, so far, but the reaction of the crowds in Zimbabwe, a week ago, opened his eyes to his growing popularity on the African continent.

D Major has been enjoying strong and growing following in countries such as Kenya and Uganda, where his songs get heavy rotation on radio stations, but he had no idea that Zimbabwe was such fertile ground.

"Zimbabwe was crazy. The people were singing D Major songs. Just at the announcement of my name, the uproar. The first two lines I sang, the reaction was beyond words," he said, struggling to find words to describe the confidence-boosting reaction of the thousands that gathered in Harare for the show that had Martin as the main act.

"I have always had a growing following in Africa, but, to a lesser extent in Zimbabwe, so if that is happening in Zimbabwe, mi 'fraid fi go Kenya now," he concluded with a hearty laugh.