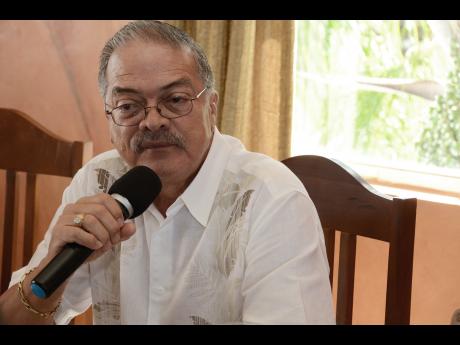 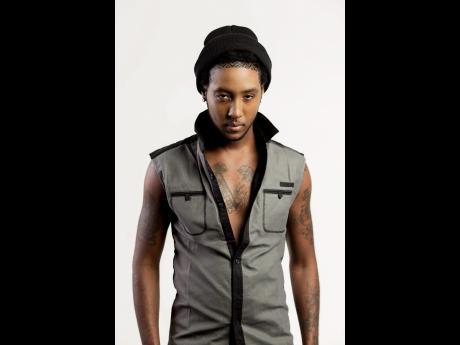 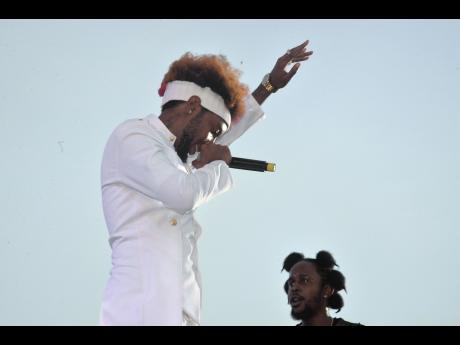 Adrian Frater Vershon enjoys some spotlight when he was called on stage by Popcaan to perform. 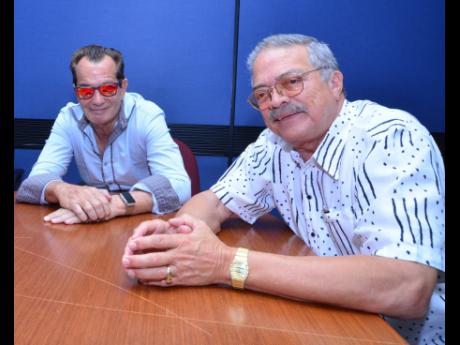 Member of the Sumfest production team Robert Russell has rubbished claims that the festival intentionally cancelled the sets of some young artistes at this year's show. Among the artistes that did not get a chance to perform was fresh act Vershon, who was forced to share stage with Popcaan.

Vershon, who also controversially lost an opportunity to perform at Sting 2015, used some of Popcaan's time to throw jabs at the promoters of Sumfest, selling the idea that there was a ploy against his career.

Popcaan sowed the first seed when he introduced Vershon to the platform by sending a warning to the show's organisers.

"Joe, this a wah yuh fi know. Yuh see Popcaan, mi defend the new generation of dancehall and a nuff artiste nuh get fi perform tonight because Joe seh dem can't perform, so mi a guh call up one a dem because yuh done know each one help one," he said.

Vershon followed suit, telling the audience that young artistes should be respected.

"All a who love and respect the young youth dem, mi can seh something," Vershon ranted, before performing one of his songs. He then revisited the issue stating, "Mi see dem a try do mi like weh dem do mi a Sting. Dem seh mi nah perform."

However, Robert Russell said the young artistes who did not perform deliberately arrived at the event late because they wanted to perform during prime time.

"Why would we put them on the show then? Artistes will deliberately come to your show late because they want to perform when the venue is full. Sometimes that decision will cause you not to perform at all. If we were fighting artistes, we wouldn't book them. It is a very unethical thing to do. You can't hold the show at ransom because you want to perform late," he told THE STAR.

Russell also pointed out that not all Jamaican artistes exhibit such behaviour.

"It's not all artistes, it's mostly the up-and-coming acts. They feel like they are stars and they don't want to perform early. My advice is do not do that because promoters will reconsider putting you on the show a next time. You are given a time on your contract, so stick to that," he said.

As for Busy Signal, who threw away his microphone onstage alleging that his time was cut short. Russell said the artiste went over his allotted time.

"He went on late, but he was given his allotted time. The stage manager spoke to him and he took offence. Everybody is a star and it's hard to deal with artistes. But I hope the relationships between promoters and artistes will improve," he said.