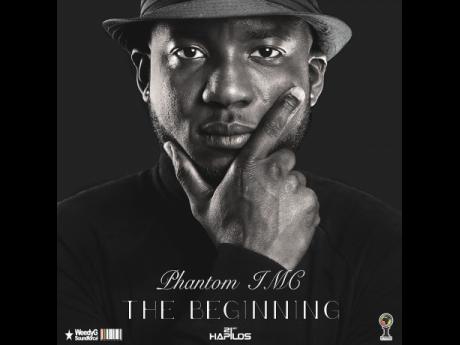 Switzerland-based recording artist Phantom IMC is well aware of the ABCs of what it takes to make it in the world of reggae music: ambition, branding and confidence.

Now, after 18 months in the music business, he is on the verge of a major breakthrough as the reggae-flavoured single, Nuh Give Up, has racked up 51,000 views on Reggaeville.com since its release.

"I have been putting in a lot of hours in the studio and I am finding my true sound; this is my first breakthrough hit," the deejay, whose real name is Anil Montague, said.

Known to most music industry insiders as an artiste manager and talented engineer, he has now emerged as a competent recording artiste.

"Artiste management was never my thing, I had just wanted to help a friend, Switzerland-based artiste Cali P, so I brought him to Jamaica to promote a song that I had produced for a ski movie soundtrack. I was all over the island promoting the artiste but after one year we parted ways," he said.

Then he decided to become a recording artiste and focus on his craft. Now, he is making significant strides.

In February, he released the True Gyalist music video on Reggaeville.com, registering over 20,000 views. The song is featured on Phantom IMC's 'The Beginning' EP which was released in December 2015. The EP was released on Phantom's own label, Inspired Music Concepts.

"Ten of the songs were produced by Switzerland-based producer Weedy G Soundforce label. The song that I produced on my EP is Dancehall A Fun Again," he said.