Hammin ready to make a splash 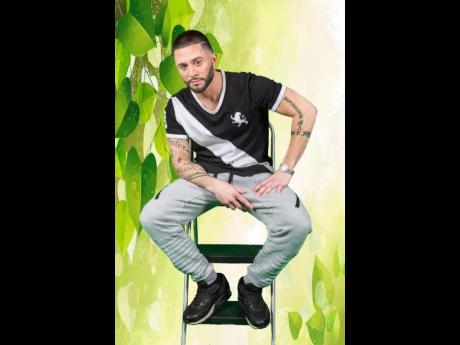 Justin Hammin is ready to make a significant impact on the dancehall music scene.

The American-born singer who grew up in Poughkeepsie, New York, has chosen dancehall music as the vehicle for his career.

"I grew up listening to a lot of different types of music but from the very first time I heard dancehall music I was hooked. I could have done Hip Hop, R&B or Rock music but I chose dancehall because it's the genre that has had the biggest influence my development as an artiste," said Hammin.

The versatile entertainer who lists dancehall artistes such as Mr Vegas, Capleton, Beenie Man and Sean Paul as his musical idols, is signed to Sunlight Productions, a New York-based label that is owned by Jamaican music producer/businessman Percy Miller.

"Working with Mr Miller has helped me to grow tremendously as an artiste. I've learned a lot just by being a part of the Sunlight Productions camp which also includes several other talented artistes," he said.

Justin Hammin recently visited Jamaica to promote his single titled Summer Time. During his visit, he did several performances and media interviews. He also did some work in the studios.

"I had a great time in Jamaica; the response got while I was there was overwhelming. I was greeted with a lot of love and positive energy everywhere I went," he said.