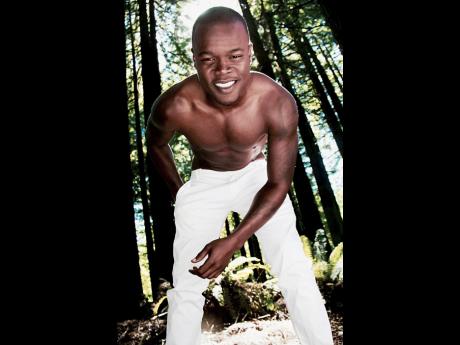 United States-based reggae artiste Prince Levy recently performed for the first time at the iconic 'Reggae on the River' festival in Garberville, California, on the weekend.

Hitting the stage after Anthony B, he was in good nick as he did songs such as Jah Will and Lion of Juda', which got the 20,000-strong audience of reggae lovers charged up.

He removed his shirt to perform his sexed-up track, All Night Long, and the ladies screamed, almost in unison. A few of them even blushed as he raved about his sexual prowess in the bedroom. He closed his set with the pro-weed anthem, London Bridge.

Levy, who is based in California, has carved out a reputation stateside for his ability to create an eclectic fusion of dancehall, reggae, and R&B. The artiste's clear sound is evident on breakout tracks such as All Night Long and Real Good.

The R&B-flavoured Real Good has been doing well on HITZ and ZIP, racking up dozens of spins per week, likewise the uptempo All Night Long, with a decidedly dancehall flavour and a singalong hook. Both songs are co-produced by Jay Edge/Prince Levy Music.

He has carved out a decent following along the West Coast, doing gigs at the Ocean Grove nightclub, the Sidelines nightclub, and the Fusion nightclub in several Californian towns.

Other songs to look out for include Wine and Blow Mi Mind and Lay Your Body Next to Me. He will be releasing an EP later this year. Prince Levy's energetic and well-received set at Reggae on the River has boosted his career as there are advanced plans to do an Asian tour in October that will see performances in Japan, China, and Cambodia.