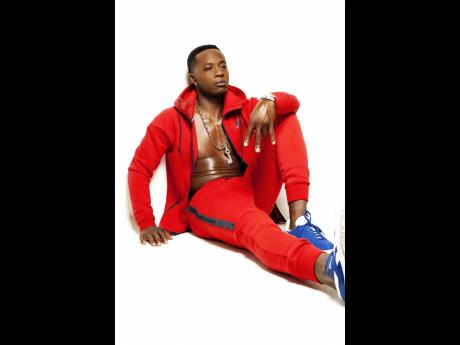 Dancehall entertainer Razor B has slammed fellow artiste Konshens for piggybacking on the success of the Bruk Back dance move he popularised.

According to Razor B, Konshens is simply trying to 'run in' on the attention the move has gained since being featured in Kanye West's new video for his song Fade.

With reports that West specifically requested that the dance be used in his video, Razor B says he wants no confusion about who gave the dance its big break. "I just want to make it be known that the Razor B Bruk Back is the only Bruk Back associated with the Kanye West Fade video," he said.

"It was brought to my attention that Konshens posted Teyana Taylor on his IG page with his song playing in the background while she was doing the Bruk Back move. Konshens song have nothing at all to do with Bruk Back. People are confusing the two songs. Razor B sing Bruk Back and Tamara Outshine create the dance. Bruk Back is the original and Bruk Off Your Back (done by Konshens) is the copycat."

When contacted, a member of Konshens' team, who wished to remain anonymous, rubbished Razor B's claim, adding that Bruk Off Yuh Back is one of the most popular songs right now.

"I don't even know who name Razor B. Is he a new artiste? Konshens is one of the most in-demand artistes on the scene now. Right now, he's on a six-week tour of Europe. The song title is actually Bruk Off Your C**k, he (Konshens) only used back to clean it up for radio. Besides Bruk Off Your Back is one of the hottest songs in the dancehall right now," he said

He went on to say that at the place where Konshens is in his career, the entertainer does not need to copy anybody. "He's done all the major festivals and has played at all the major clubs. Konshens is focused on his career. He has the music video for his song, Girls Dem Sugar, to drop soon, and has a new single called Gyal Government that's doing well."

The representative also said he was puzzled as to why Razor B would want to even bring up the whole copying story as it is typical for dancehall artistes to sing songs with similarities.