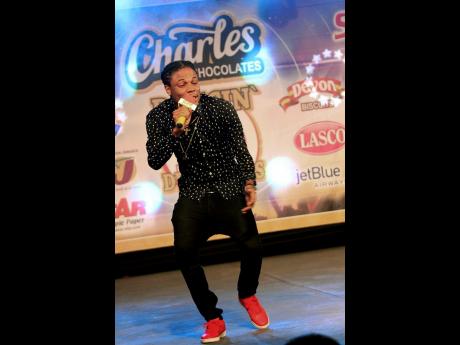 Dancehall star Masicka is gunning for the top spot in dancehall as his latest single, Darkest Glass, has racked up more than 200,000 views in only one month on some dancehall channels on YouTube.

"Darkest Glass ah one of the hottest singles on the road right now, every mixtape have it, this song ah one of the fastest songs ah buss fi me right now and the feedback has been so great, that we're shooting a video next week," Masicka said.

Darkest Glass was released on the Summer Hype rhythm.

With his hardcore deejay style, the entertainer has carved out a reputation for trigger-pulling songs that reflect the menace and grime of the streets. Songs like Hardball, Pain N Sorrow and Gas Dem have become anthems for teenyboppers all over the country and overseas as well.

Masicka's box office clout has shot through the roof and there has been a significant demand for shows all over the island, the Caribbean and North America.

He has performed in venues in Trinidad and Tobago, and Barbados, and he did a pair of sold-out  gigs in Canada this summer after high profile outings where he headlined the Dream Live Concert, and wowed thousands at Reggae Sumfest.

Masicka recently landed international collaborations with American R&B artiste Fantasia, and another with hip hop artiste Busta Rhymes and Kick Raux, who is known for his work with Major Lazer. No official dates have been set for the release of these tracks but Masicka is stoked about the progress of his career.

"To break into the international market is a must," said the 24-year-old lyricist.