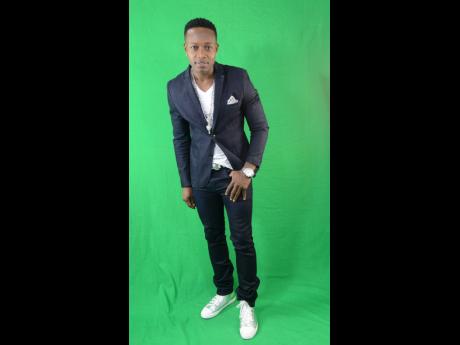 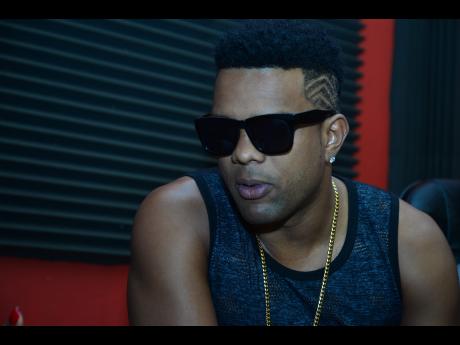 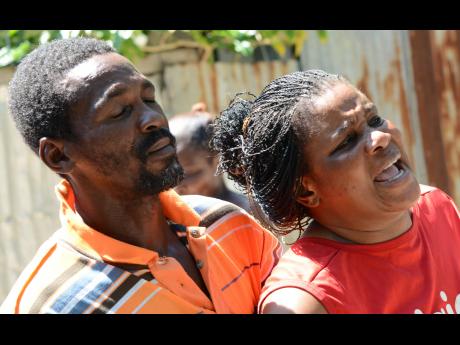 This man tries to confort Jennifer McDonald, who lost members of her family in the deadly March Pen shootings on Sunday.
1
2
3

The infamous March Pen killings have caused many Jamaicans, including entertainers, to reflect on how much the country’s crime situation has worsened in recent times.

Several artistes have been describing the act as one of the most vicious in the country’s modern criminal history, and have also been weighing in on what needs to be done to somehow fix the Jamaica's growing crime problem.

Dancehall artiste Razor B told THE STAR that the incident in March Pen  in St Catherine in which five persons were shot and burnt to death is sad and should not be forgotten even as people try to move forward with their lives.

“First of all, my condolences to the family and friends of the victims,” he said. “I am deeply saddened by what took place in March Pen. It just goes to show that, these days, people have no regard for human life. It’s a very delicate topic, but a very serious one.”

Fellow artiste Esco also agreed that Sunday's killings was one of the worst in the country's history.

“It’s important now for us as a nation to realise that there are some serious things happening in the garrisons,” he said. “I just want us to pay more attention to crimes in the inner city and how we protect the people living there — the women, the families.”

He added that as entertainers the onus is also on them to help effect change in the area of crime and violence.

“For us as artistes and producers, we have to be careful of what we sing about. Even though we know that music is much like the movies, a painting of society, it’s being repeated in people’s heads, and we’re all prone to programming," he told THE STAR.

"These gun songs, songs bout bun dung house and kill people inna church, subconsciously some of these kids are soaking up things, and when they are in a state of anger their subconscious draws on these things that it’s been feeding on. We have to be more careful as entertainers because we have a responsibility as people that others respect.”

The alleged perpetrator behind the killings has since handed over himself to the police, a move Razor B gives thumbs up. The entertainer explained that although the killings were inhumane and evil, he does not believe in the eye for an eye remedy to situations.

Unlike several persons who have expressed via social media that the suspect should be put to death, Razor B believes that judgement should be left to God.

“The suspect handing over himself to police is a great look. I think that shows remorse on his part,” he said. “I have no comments on that (whether he should be allowed to live), let God be the judge.”

Like many Jamaicans today, Esco is pleading with his fellow countrymen to eliminate crime in Jamaica.

“The senseless loss of lives has to stop, and I would personally like to see justice being served up better to persons living in the garrisons. Sometimes justice is non-existent in these communities because I can guarantee you that if this never come to media prominence, it would a get brushed under the carpet,” he said.