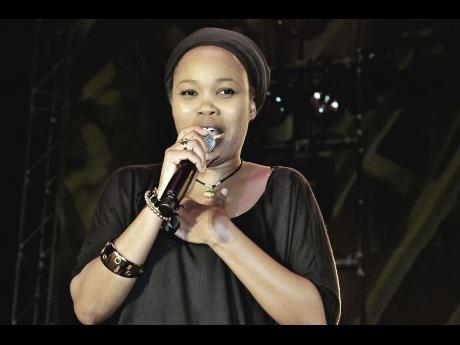 Jamaican award-winning singer, songwriter, and social activist Queen Ifrica has collaborated with reggae artiste Damian 'Jr Gong' Marley for 'Truversation' that will be featured on her new studio album, 'Climb, which is slated for release in January 2017, through VP Records.

In the album, she touches on several social issues for the soul-tinged reggae track, I Can't Breathe, she speaks against the frequent acts of police brutality in America, while in the ska-flavoured Rebellion, she highlights the lives of many marginalised individuals across the world. This sentiment is reinforced on Battlefield, which warns, "We never yield, it's war on the battlefield, if you nah hear, you ah go feel."

Although she puts a lot of emphasis on social issues throughout the production, Ifrica revealed that her mother and grandmother are her sources of motivation on Ask Me Granny. She continues with Black Woman through which she implores young women to know their worth and not be swayed by objectifying trends in popular culture.

"These songs come to me as I am watching the world. I see myself as a social worker that uses music as my tool because music is the greatest weapon to impact societal change, to help young people to understand themselves more," Ifrica said.

On November 16, Queen Ifrica will be performing select tracks from the album to give fans a taste of what is to come. The intimate live show will be held directly after the launch party for Jamaica's renowned Rebel Salute music festival at Milk River in Brooklyn, New York.