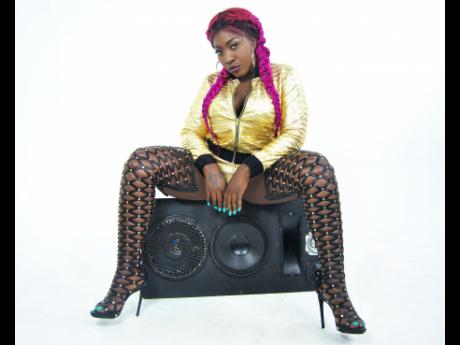 Dancehall artiste Spice is the first female dancehall artiste to score more than 120 million views collectively on YouTube's VEVO. According to the deejay, her creativity has pushed her ahead of competition.

The majority of Spice's views came from her hit record, So Mi Like It, which was produced by Notnice Records. Despite the success of the record, which accounts for more than 66 million views, the effort did not make it to the Billboard chart.

While celebrating the success of her VEVO page, Spice believes the backing of a major label would have pushed So Mi Like It to higher heights.

"It could have become bigger if it was pushed into mainstream by a company. But the exposure it got was only natural because of fans who watched and shared the video on social media," she said.

Streaming services like Spotify, Tidal and Hulu are currently used as measuring sticks for the certification of records as it relates to Platinum, Gold and Diamond status. However, YouTube has not achieved that status despite having more subscribers globally.

Spice believes that since record sales have dwindled, the Recording Industry Association of America (RIAA) should consider incorporating social media into the certification process.

"I think there should be a way for songs to get certified because the world has gone to social media and streaming right now. So, it would be great if we could get Platinum for the amount of streams and not just limited to sales only," she said.

Despite being a victim of poor sales like many artistes in the reggae and dancehall field, the deejay disclosed that her buzz on YouTube has benefited her in other ways.

"I feel good that I have gained 120 million views, and it does a lot for my career as it relates to bookings for shows worldwide. So Mi Like It alone has gained 66 million views, and I'm the first female from Jamaica to gain that on a solo song. I think people are drawn to my videos because of the creative thinking I put into orchestrating a visual that they will enjoy watching repeatedly," she said.

Spice recently released a new video for her movie-inspired song, Fifty Shades. The song was released on the eve of Valentine's Day.