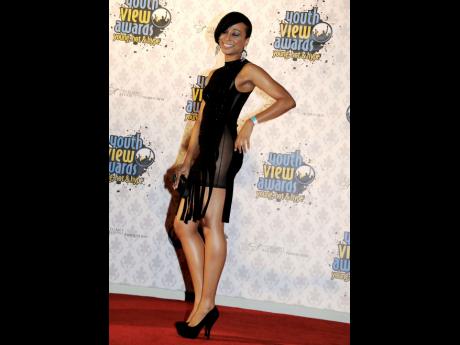 It took merely a handful of Instagram posts from Jamaican songbird Alaine and Kenyan gospel singer Willy Paul Msafi that set their social media spaces abuzz one week ago.

The photographs and videos on their social media pages re-enforced with heart emojis and the hashtag #yesido, all pointed towards the pair tying the knot.

But the absence of wedding bands and no member of Alaine's family in sight, pointed towards the possibility it was all just a publicity stunt.

Then Ash Wednesday, the 'wedding' was unveiled with the premiere of the pair's new video called I Do, on the gospel singer's YouTube channel.

Several websites have since reported that the pair is not actually married, but it was all a plan to promote the video.

Jerome Hamilton, managing director of Headline Entertainment, told THE STAR yesterday that he had heard about it three times since the start of the day.

"We're talking about it, THE STAR is writing about it. I think it has worked," he said, referring to whether the apparent tactic was good for the song.

The comments beneath the duo's mysterious and surprising photos ranged from congratulations and condemnations, and also had queries about the location of the wedding rings.

Amid the commentary that has followed the eyebrow-raising wedding photos, were ideas that the gospel singer was moving into secular territory, and that Alaine's employ of a wedding ceremony to promote music teetered on the side of sacrilege.

But Hamilton felt that wasn't quite the case.

"If she was pretending she was a Christian, or something morbid like pretending someone died, that would probably be sacrilegious," he said.

Hamilton also told THE STAR that he believes that the singers' execution of what appears to be a publicity stunt is commendable.

Public relations professional Tara Playfair-Scott shared a similar view, though she thought it was a little 'over-the-top'.

"It does have people talking, but I can't say if it was successful or not," she told THE STAR. "I'm not sure of the measure, whether it's likes on Instagram or hits on YouTube. I didn't think it was real because there were no rings ... but it achieved its goal. It has everyone talking about it."

THE STAR reached out to Alaine's camp to confirm or deny whether they are actually married but received no answer up to press time.