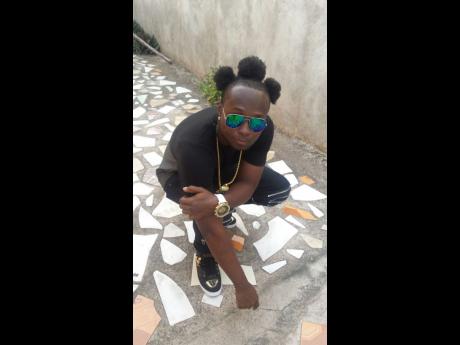 Unites States-based independent film company Real Entertainment Production (REP) is in full gear with its bid to become a player in the music industry.

To this end, the company is seeking to develop its first artiste, Trigga Kidd, this year.

"I'm ready to show what I can do. I'm going to put a positive vibe in dancehall with a different melody and style. Nothing but more fun, and vibes in dancehall," he said.

He said that Vybz Kartel is his biggest musical influence.

"I'm inspired by him, who, although, he is in prison, his music continues to inspire and deliver in society. Like him, I want to put in the work and deliver, and I hope some artiste accept the reality Kartel a lead in dancehall," Trigga Kidd said.

He is promoting the single Everything Dead in the street dances of the Corporate Area. Born Dale Bartley, Trigga Kidd hails from Old Harbour Bay.

He started doing music at age 16 while a student at the Eltham High School in Spanish Town.

He has voiced for several local production houses, including Shellaz Records, Justime Records, and worked with up-and-coming producers such as Dekon and Rock Drey.

"I am a very humble person, determined, and a hard worker, so expect nothing but greatness. I'm going do my best to make my fans, friends, family, especially my mother and REP Boss Andrew Pryce, proud," Trigga Kidd said.

REP believes that it has a winner on the roster.

"We identified Trigga Kidd's talent from 2016, but now, we are ready to go full throttle. We will help develop his creativity and talent, and I'm sure he is ready to make his mark," REP managing director Karl Whyte said.