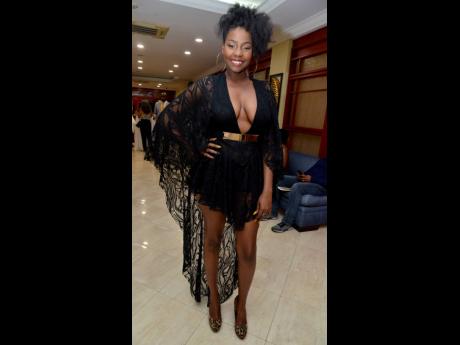 Sabrina Thomas strikes a pose at the Actor Boy Awards. 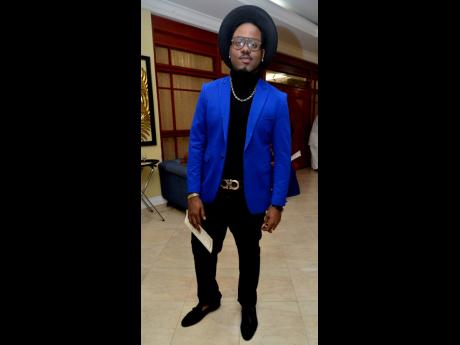 Actor Akeem Mignott was out to celebrate with his colleagues. 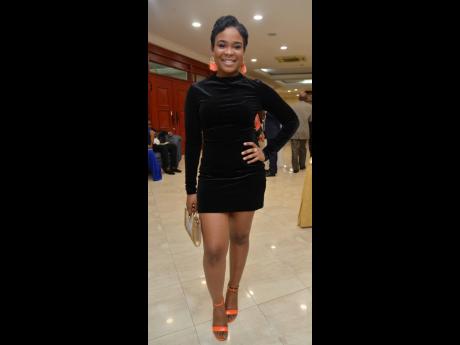 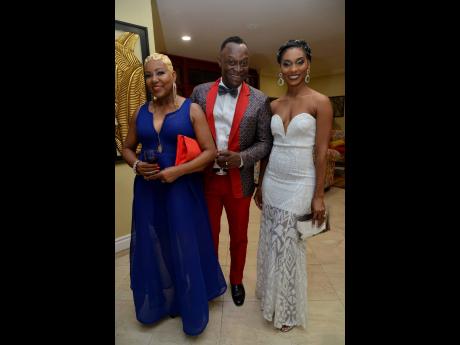 Despite a postponement caused by lack of financial support, the 29th staging of the annual Actor Boy Awards (ABAs) took place on Monday night at the Knutsford Court Hotel.

It was a smaller, more intimate setting than usual, but the size of the venue or the number of persons in attendance did not take away from what many consider theatre's most celebrated evening.

Michael Daley, co-producer of the event, expressed that though the committee has been struggling over the years to host the event, this year was particularly difficult.

He apologised for the venue and date changes and explained that the postponement was caused by circumstances beyond their control.

"This year was truly a comedy of errors and we are surprised that we can actually have a show here tonight. But despite the many setbacks, as you know in theatre, our mantra is that the 'show must go on'. We've had to deal with a lot of things, but here we are and we are happy to see so many of our theatre community here with us tonight," he said. "We want to thank all the people that have been involved. A lot of the theatre people chipped in and really helped us out in a number of ways, and I think that's what the community and the theatre is about. This is for us and I hope we all can continue this show for years to come."

His co-producer, Maurice Bryan, said they persist with the show because "This show is where we reward those who have worked hard on and off stage every year. This is where you are reminded that your work is not in vain."

Taking on a similar format to this year's annual Oscar Awards, the show did not have a host, and was instead emceed by various individuals from the comedic fraternity, including Owen 'Blakka' Ellis, Dufton 'Duffy' Shepherd, and Deon Silvera.

The comedians were tasked with announcing the night's winners as well as keeping the audience entertained.

The evening's musical selections came courtesy of the cast of the respective plays. Different nominees in the category for Best Original Song performed their nominated track for the audience made up mostly of actors, actresses, playwrights, directors and producers.