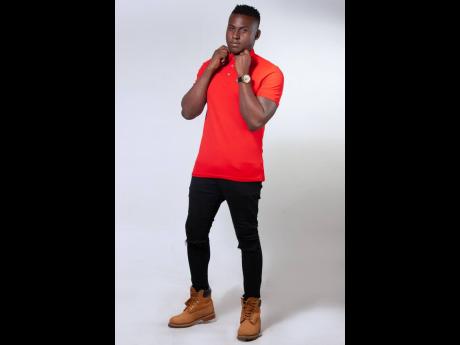 Dancehall/reggae artiste Jahson has changed his name to Jase, and is now looking to navigate his way through the music industry using a different approach.

According to the singer, while he is still a "son of Jah" (alluding to his former name), he is also a son of music, and does not want to limit himself or his work.

His new name makes reference to him as a musical messenger.

"A name can limit your work, in that it creates a border for expectations where fans are concerned. I want to expand and do so much with my music, and at this point, I feel like I can do more with a name that is neutral. So instead of branding my art personally, my art will now have to speak for itself, giving fans an element of surprise as a messenger," Jase said.

The artiste, who worked with Chi Chi Ching and Mr G during his formative years, says he has developed a fan base in the UK and is now looking to expand his reach.

The entertainer believes he has found a way to get to the next phase. Pointing out that artistes could benefit greatly from working with each other, Jase wants to do more collaborations.

"If you look at the international model for success, it's about helping others. Rappers are always collaborating with young rappers and that helps in their development and expands their brands," he said. "While we have a few who do that here, and I respect them, we should be doing more. It's like when a youth gets a break, it's more about bragging than helping to push the culture forward. We can help to build each other's careers, which will in turn strengthen the industry."

The artiste used Koffee as an example. He explained that without the endorsement of other established artistes in the industry, she perhaps would not have caught her big break.

"Now she is representing on a major level, and that's what collaborations do. I'm not saying a man has to take his hard-earned cash and invest it in an artiste, but collaborative efforts go a far way," he said.