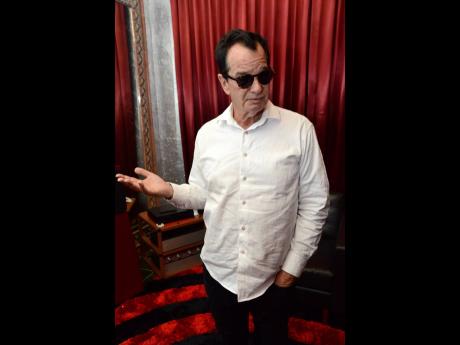 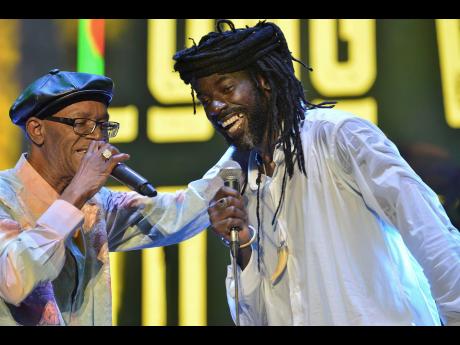 Buju Banton (right) performs with the legendary Beres Hammond at the Long Walk to Freedom concert in March. 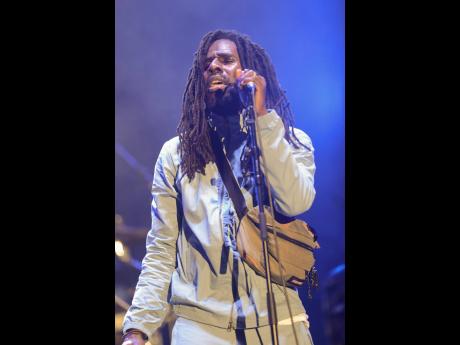 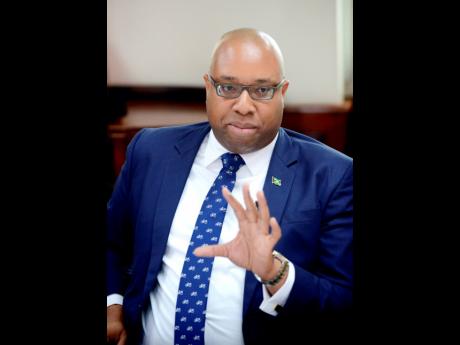 When it was announced that Buju Banton, Beres Hammond and Chronixx were the headliners for this year's staging of Reggae Sumfest, the reaction from the public spoke volumes as to the amount of support the festival would receive this year.

With just over two months to go before the event gets under way, checks with several hotels in the parish of St James have revealed that most of the rooms have been fully booked until the end of July.

Reggae Sumfest's chief organiser, Joe Bogdanovich, believes there is a direct link between the festival's line-up and the sold-out hotels.

Pointing out that ticket sales have been going well, Bogdanovich said that he thinks the Beres, Buju and Chronixx combination is one of the main reasons hotels have been booked out this early in the season.

"Reggae Sumfest is usually a sold-out show. Hotels in the Montego Bay area usually see an increase in bookings around the period the show is being held, but this year, I know for sure the demand has been greater," he said.

"I am not surprised some people can't get hotel rooms right now, because based on the ticket sales, the demand for the show this year has been overwhelming. It is the best I've seen it since I took over the festival. I think the B.B.C line-up has a lot to do with it. Beres, Buju and Chronixx are three of the biggest artistes on the local music scene, and I think people really want to see them in action," he said, adding that Beenie Man and Bounty Killer are expected to give legendary performances on the Friday night.

According to Bogdanovich, tickets for this year's festival are going so well that he and his team are thinking of adding another section to the grounds to meet demands.

"I am now thinking of building a whole new seating area, and it's gonna be called the Golden Triangle. It will be for the more luxurious crowd. But all that will be discussed in another week or less because we are in the designing phase right now. I think we're attracting more people this year than any other year, and we want to be prepared for that."

Bogdanovich's points are supported by statistics presented by Delano Seiveright, senior adviser/strategist in the Ministry of Tourism.

Seiveright told THE WEEKEND STAR that he has already seen increases in the number of hotel bookings for this year compared to the same period last year. He also said there has been an increase in the number of tourists who have booked flights to the island this summer.

"Jamaica has been experiencing very strong growth in tourist arrivals in recent times. This as a result of the multiple strategies pursued by the Ministry of Tourism and its agencies. Sumfest this year is mega, and already many hotels and other accommodations are reporting very high bookings, some of which is attributed to Reggae Sumfest."

And for those who are yet to book hotel rooms, Seiveright is encouraging them to explore the Airbnb option and look beyond Montego Bay for accommodation.