Parents should protect their children’s ears, not artistes 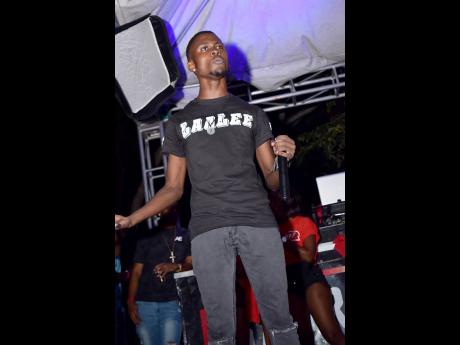 Cara Vickers, manager of dancehall artiste Laa Lee, says it's high time parents take responsibility for what their children listen to instead of blaming artistes for expressing themselves using adult lyrics.

This after parents at a special Child Month forum, held at the Miracle Tabernacle Free Town Church of God of Prophecy, were exposed to the lyrics of some of the popular songs their children have been listening to.

The forum analysed songs, including Laa Lee's Watz On Sale. Despite its lewd lyrics, the track, which was released more than a year ago, was a hit among children because of its catchy nature.

One parent expressed shock when she learnt the lyrics and admitted that she thought the song was a nursery rhyme.

Vickers expressed that while the lyrics to some dancehall songs are raunchy and explicit, that is the nature of dancehall which has, and will always be, an adult space.

She explained that as creative individuals, artistes should be allowed to sing what they want without thinking about what will happen when children get an earful.

"I've said this before, a year ago when there was uproar surrounding the lyrical content of Laa Lee's song, and I will continue to say this until parents also own up to their responsibility. It is our duty to filter what our children listen to. I am in the dancehall space and I have a daughter who doesn't know any dancehall songs," she said. "There are too many grey areas when it comes on to this topic. The only time this becomes the artiste's problem is when it comes on to live performances. Then and only then, it becomes the artiste's and their manager's responsibility to hold back based on the type of event. The artiste would make adjustments to their lyrics or choose what songs to perform based on a particular show and the audience at that time."

Vickers added that even if parents do their best to shield their children from becoming exposed to certain content, if and when they do get exposed, it is still the parents' responsibility to handle the situation.

"Even if they are hearing it on the roads and in taxis and at school from other peers, it is still your responsibility as parents to handle it if you hear them with these songs. How do you deal with it after? Do you discipline and reprimand them?" she questioned. "The bus drivers or the taxi drivers or the higglers on the street are going to play these song any time in the day. That's not the artiste's fault. None of it is."