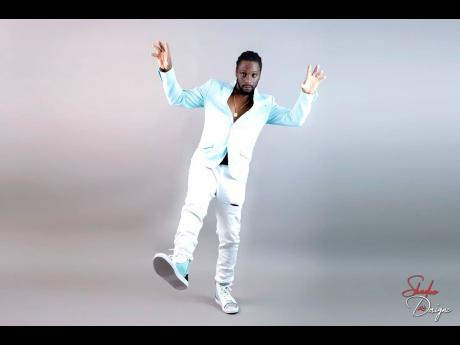 Speaking with THE STAR, the entertainer expressed that while YouTube is still one of the biggest streaming platforms, it is not the only place an artiste can generate interest in their music.

"It's a great look to see that as a reggae/dancehall act, I can do that (nearly 11 million listens) on a not-so-popular platform. It goes to show that my management team is doing something right, because the fans are responding to the hard work that I have put in. My career is moving in the right direction," he said.

Several US-based recording artistes received their break via SoundCloud in recent time, including rappers Tripple Red and the late Xxxtentacion, who was of Jamaican parentage.

Zukes, who lists Beres Hammond as one of his mentors and inspirations, says Eva Ready has found particular favour in Japan, so much so that he has been thinking of visiting the country for his first international tour.

While the tour plans are still in the planning phase, Ras Zukes is amping up the promotion for his 19-track mixtape, dubbed Rugu Lifestyle. He says the project will be a mixture of old songs and some new work.

"Being a past student of the Edna Manley College, I just try to get better with time and understand the industry as a business. To see me being tutored by (calypsonian) Lord Laro and Beres is quite humbling, and I just want to continue to accomplish great things. This milestone with the views on SoundCloud is just the beginning of greater things," Ras Zukes said.

Having seen the love reggae music has received from people all over the world, the entertainer wants today's generation of artistes and musicians to learn how to properly use all the technology now at their disposal. And he wants the Government to play a part in helping them to do that.

"The Government needs to come up with ways they can help the youths take advantage of all the opportunities presented via social media and the Internet. They need to put some systems in place to educate these young artistes," he said.