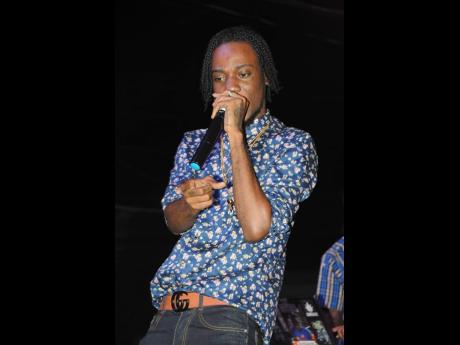 Representatives of internationally renowned music streaming company Audiomack were recently in the island seeking connections with a host of local talent.

The company, which has streamed songs for artistes including Nicki Minaj and J Cole, said they believe Jamaica has a pool of raw talent and they would like to help them bring exposure to.

The streaming platform is hoping to assist young talent through its ongoing series, Skyline.

The Jamaican leg of the project will be called 'Skyline Kingston' and will produce visual content on Jamaica's music culture featuring reggae star Tarrus Riley.

The footage will also see the company visiting studios like Penthouse and Big Ship.

Artistes such as Vanessa Bling, Jahmeil, Maestro Don, and T'Jean are expected to feature on the series.

Speaking with THE WEEKEND STAR, Tanya Lawson, Audiomack team member, said they visited the island to educate and meet artistes, producers and visit the taste makers.

"We also want to thank app users for using Audiomack. We have 12 per cent usage rate from the Jamaican market. We also want to create content for our site from the pool of up-and-coming artistes and will feature several visuals, freestyles and audio. We also want to use this visit to get a better understanding of the market because we believe Jamaica has a wealth in talent," she said.

Maestro Don told THE WEEKEND STAR that the feeling of being featured on the international streaming platform has been surreal.

"To know that we can come from a small island and get the attention of major international companies, it's just greatness. Jamaica is the best environment for music, so I can see their insight and we are grateful for it, "he said. "It's time young artistes get some of the attention because we are capable of so much and we don't often get the recognition we deserve. Labels used to come here and sign artistes, but some of the veteran man dem never deal wid the thing right and so labels did stop come here. Right now it's good to see the thing a go up again, and we just want to make the best decisions this time around by being better business men."

Audiomack is gearing up to release the footages to their multi million-user base in coming weeks.