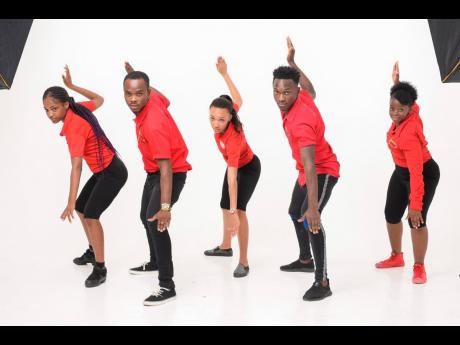 Juliett Cowan-Morgan, World Reggae Dance Championship coordinator at the Jamaica Cultural Development Commission (JCDC), says tonight's finals of the competition will be nothing short of explosive.

Set to get under way at 7 p.m. at the National Arena, the competition will see 12 Jamaican crews and a team from Belgium going for more than $1 million in cash and prizes and the coveted title of World Reggae Dance Champion.

Speaking with THE WEEKEND STAR, Cowan-Morgan said the competition has seen tremendous growth over the years.

She says she is particularly pleased with the level of professionalism displayed by the contestants, as they have been working hard at several rigorous workshops over the past few weeks.

"I am very pleased with the contestants' growth over the years and this year's batch, in particular, are going to give very high-energy performances. They have been working extremely hard, especially the Jamaican crews, as they do not want the title to leave the country. Of course, they welcome the competition from the overseas dancers, but they want the win to come from the island, so they have been putting in the work," she said.

But she said that the Belgian group has also been working hard and this makes for a very exciting showcase.

"This is an international dance competition which we have watched grow from strength to strength over the years. We want everyone to come out and enjoy the show because, based on what I've seen, it's going to be a very entertaining one. The groups are looking sharp and they're ready to go," she said.

The show will also see a short sound clash as organisers hope to make the event feel as authentically dancehall as possible.

"It's our Independence celebration and we want to showcase the best parts of our culture. What better way to do that than to include a sound clash in the middle of the show?" said Cowan-Morgan. "It's an 'in the streets' thing that we'll be having in the arena. When you go to dances, you have different different aspects of our culture on display at the same time. We want to recreate that at the show. It will be an entertaining break in the competition, and I'm sure the people will appreciate it."