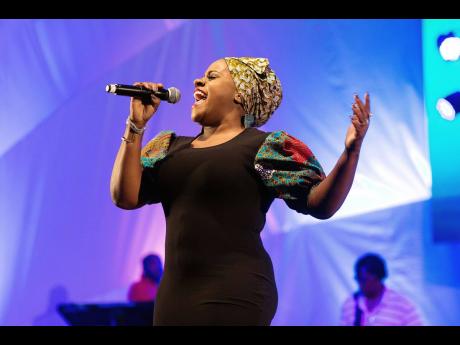 Some fans of Grammy-nominated reggae artiste Etana say they have lost faith in her following a showdown on Twitter on the weekend.

Etana was involved in a saucy exchange of words with media personality Nikki Z.

In one of the tweets, Etana indirectly referred to Nikki Z as 'industry mattress' and asked her to keep her name out of political-related content.

The two have seemingly put the heated exchange behind them with both having already issued public statements. Still, the incident has left some fans with a tainted view of Etana.

They believe that with all the positive messages she spreads through her songs, her image and her behaviour on social media did not match.

"Etana is a fraud. We've already seen her true colours," another posted.

"Expected better from Etana still, weda or not not Nikki Z did a try b slick, I've always seen Etana as a woman of class," even another commented.

But Keona Williams, Etana's publicist, says the entertainer is only human, specifically one that will always express what is on her mind.

Still, she maintains the singer's response does not take away from her conscious image.

"People clap back on social media from all walks of life, class and status. Etana is beyond conscious and very real. Anyone who knows her personally can attest to this, which is why she can truthfully express what's on her mind freely. She doesn't believe in hypocrisy and she is known to be a rebellious songwriter who is for the people," she said. "She's not gonna sugar-coat anything. The tweet in question had no expletives, it is just the same reference that industry insiders constantly say in the shadows. In addition, the tweet did not mention or tag the media personality."