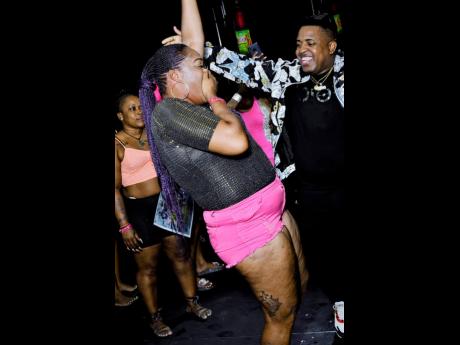 Nicole Graham is ecstatic after winning a body makeover courtesy of Designer Body’s. 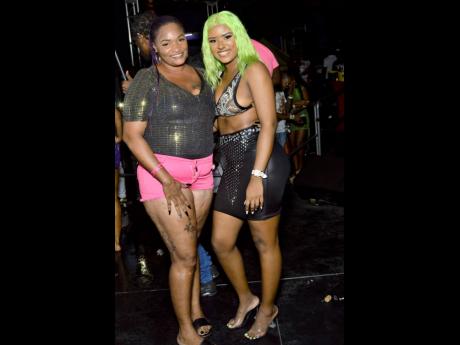 For most of her life, 31-year-old Nicole Graham has been the subject of body shaming.

The mother of two says the criticisms got worse in 2017 after she gave birth to her son.

Graham admitted that sometimes the comments would get so harsh, there were days when all she did was curl up in a corner and cry.

She desperately wanted a body makeover, but the cost of cosmetic surgery was out of her reach.

Graham's next option was divine intervention, and she sent up prayers hoping that God would grant her her heart's desire.

Well, those prayers were answered at Candy Land last Saturday night when Graham walked away the winner of a makeover courtesy of cosmetic surgery brand Designer Body's.

The makeover was the main prize at the party, hosted by Designer Body's ambassador Sher Luxury Doll.

"I am a fan of Sher, and I been following her on Instagram for a very long time. Last year, I really wanted to attend [Candy Land] because I wanted to win the makeover, but I didn't get to. This year, I made preparations from early because I decided it wasn't going to miss me," she said. "I have been criticised, I have been called so many names because of how I look. People call me 'Big Bird' and all kinda things, and me self-esteem was so low that I was just asking God to open a door for me."

"Before the party, I was in the kitchen with my mommy and me say to her, 'Me affi go Sher party cause me really wah win the makeover', and me clasp me hands and me whisper a prayer and God answer," she continued.

Videos of her at the moment she won the event show Graham crying tears of joy as she is announced the winner. It's been four days, and she still has not found words to express her joy.

"Me nuh know how fi explain how me feel, honestly. Me nuh have words; this is just a dream come true," she told THE STAR. "Me really just wah give thanks to Sher and Designer Body's because a lot of women out there are going through some things when it come to dem body and dem wah do surgery but just don't have the money. Is a good thing unu a do."

Graham met with Sher yesterday afternoon to iron out the details of her prize. A date for the surgery has not yet been decided, but Graham is excited.

But in the midst of her excitement, the soon-to-be 'doll' wants people to cease body shaming, particularly criticism aimed at women who have gone through childbirth.

"Bringing a child takes a toll on the body, and as mothers, we love our children. But sometimes we wish our bodies didn't have to go through so much, and when people point out yuh big belly and so, it doesn't make you feel good. I just want people to stop because a nuh everybody strong enough to handle all the harsh comments," she said.