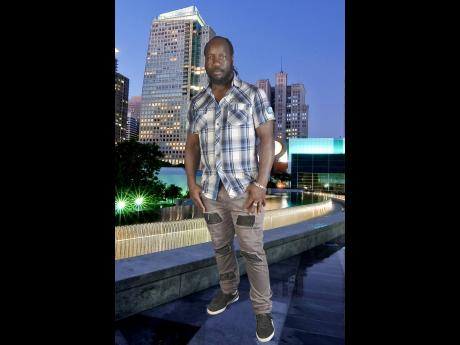 Up-and-coming reggae artiste Roy Black is currently promoting his new single, ' Live As One', in which he denounces the current wave of violence plaguing the country.

He wrote the song back when the effects of the Tivoli incursion were crippling the country, but the entertainer said that the track is as significant today as it was in 2010.

"It's even more relevant now because it seems the youth want to go that route again," he said. "After what took place in Tivoli, I am surprised youth still wanna be bad. Look and learn and get yourself educated because you cannot defeat the system with crime; you can never win. Music is a very powerful tool. If I can encourage one youth to not go down that route through my song, then that's what I'm going to do."

Black says that so far, the song has been doing well.

"I'm getting a lot of positive feedback with this record because it speaks a lot to the situation in Jamaica right now. That's the beauty about music. You can have fun, motivate, build awareness, and do so much more while you are working. That is why people must do good music - because this tool is like no other," he said, pointing out that his team would be pushing the song heavily in the streets. "My team and I are putting a lot of promotion behind it, and it will pay off because the message is timely and touches a relevant topic."

Live As One was produced by Move Up Records and is being distributed through VP Records. A music video for the track is expected to drop in the coming weeks.