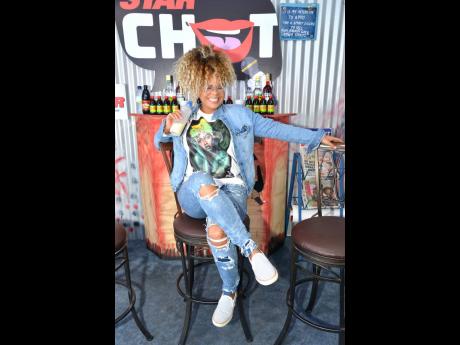 It's been two weeks since the Red Bull Culture Clash unfolded inside the National Arena, but the internationally renowned event is still a hot topic.

Aside from kick-starting what could have been an entertaining lyrical showdown between Shenseea and Jada Kingdom, the clash has also fuelled talks that the wrong team was ultimately awarded the win.

In the most recent episode of STAR CHAT, ZJ Sparks disclosed as much, saying Red Bull is unwilling to come forward to confirm.

Sparks, who was part of Govana's Team Strike Force, said the team was wronged and she would like the organisers to publicly apologise.

The team was disqualified in the tiebreaker round for playing a dub that another team played in a previous segment.

The rules of the competition outlined that if a song is played in a previous round, it could not be played again, save for a specially edited remix.

Sparks said after her team filed an official appeal with the organisers, a review of the footage showed they were not in the wrong.

But she says that instead of owning up to their mistake, the organisers tried to polish things off by offering the team studio time.

"A meeting was called at a particular hotel in Kingston, where a representative from the company and two representatives from a Central American country basically said, ' yea, yuh know say it wrong, but it gone already and we can offer yuh studio time'. Jamaica is not short of studios," she said. "I have nothing personal against any other team, I didn't take anything personal. But what I do have an issue with is that you disqualified us for something that did not take place and you do not have the guts to come and publicly apologise."

When news of the private meeting was first mentioned to THE WEEKEND STAR last week, the news team sought to get a comment from Red Bull but was unsuccessful.

We were told that they were not prepared to speak on the matter at the time.

Adamant that neither she nor any of her team members care about the title, Sparks said she just wants it to be made public that Team Strike Force adhered to the rules of the competition and should not have been disqualified.

An apology, she says, would suffice and restore her faith in the competition.

"If you apologise and make the public know that what you disqualified us for did not occur, I would view you as someone with integrity," she said.