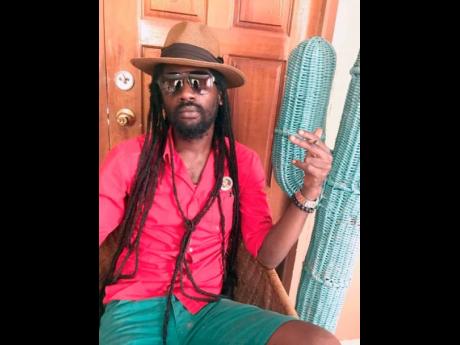 Reggae artiste Kush Riley is looking to establish himself on the local music scene and expand on the legacy set by his father, the late Jimmy Riley, and his brother, Tarrus.

Speaking with THE STAR recently, Kush Riley expressed that after taking the time to help promote his brother's career, he is now focused on building his own.

"I did a lot of groundwork for my brother. Before people know him, me go radio stations go put out him music, get it to the sound man dem, and that is how Tarrus Riley became a product," he said. "I think if I put that promotion into myself just the same, I will make it, too. The priority right now is to focus on moving my thing from where it is. I have got some people surrounding my movement and now I'm working to get my thing prominent. I am optimistic and I remain positive. What is to be must be."

The 33-year-old artiste is currently working with Haynes Records and Cenaboss Production Label and the team is promoting his latest track, Seriously Speaking.

"The song was produced by Endangered Bloc Productions and it talks about ghetto youths working towards getting that money, so they can live a comfortable life and provide for their families," Riley said. The track was officially released on YouTube on Tuesday.

Riley said he feels no pressure trying to live up to the standards set by his brother and father.