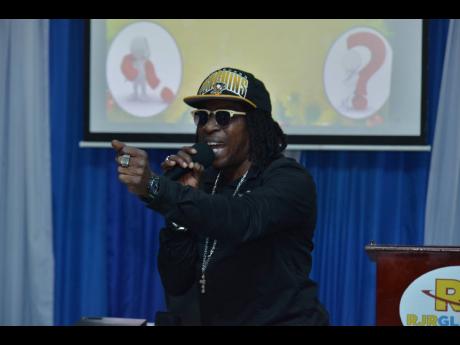 Veteran artiste Frisco Kid says that the cost of living in Jamaica is "draining the joy" from the season of festivity.

Recalling some of his fondest memories of Christmas from his childhood, the entertainer said that the Yuletide season is not the same.

"Me nuh see Christmas the same inna years again. Christmas back then was nicer dan now, and me did a expect it shudda be nicer now wid all the technology increase. Christmas nuh nice again, and yuh know say is because of cost of living," he told THE STAR.

He continued: Look pan it: one time, yuh used to see people pepper lights up from inna November, but now, JPS kill yuh. One time, yuh cudda have a boasty Christmas dinner because food used to affordable; now, a man affi save and plan out Christmas dinner. And is like yuh a think bout the bills dem January mawnin so much, yah try nuh go too hard fi Christmas. Is like life get harder and things deteriorate so much that it just take the life outta Christmas."

The entertainer said that he would like to see Christmas in Jamaica return to its glory days but fears that because of the country's unstable economy, things will only get worst.

"I waan see people a enjoy demself again at Christmas like one time, but wid di way things a run, me nuh know how dat ago go," he said, lamenting that he was most disappointed for the new generation of kids.

He said that "generation now" and 'generation next' will never understand what it is to have a completely fun Jamaican Christmas.

"Me remember things like Grand Market, di Christmas treat dem. Dem deh did nice. Yuh nah too see Christmas treat like dat again, and if dem do keep, dem scale back big time because people just nuh have it like dat in these times. Me glad me live some a di happy times already so me can talk bout it," Frisco Kid said.