Lock-off time extension pleases music players - ... But some feel move should have been permanent 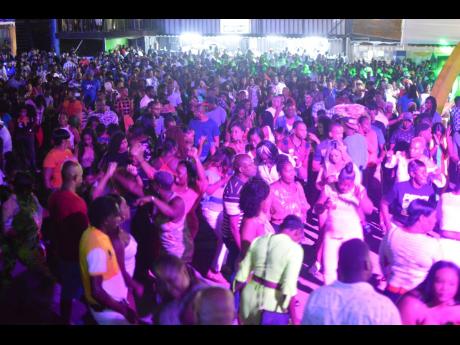 An amendment to the Noise Abatement Act will see partygoers enjoying a two-hour extension this festive season.

Tuesday's announcement that the lock-off time for entertainment events has been moved up to 4 a.m. on the weekends and 2 a.m. during the week until January 31, 2020 was welcomed by key players in the industry.

But even amid the celebrations, some believe the fix should have been a permanent one.

Speaking with THE STAR about the move, selector Foota Hype gave Prime Minister Andrew Holness and his team thumbs up for the extension but lamented that with Jamaica being the home of reggae and dancehall, the industry needs more than a temporary fix.

"It's a commendable move, a big one in this season and it's much appreciated. I think it's gonna be a great help to the promoters with the extension. So all the people who cancelled their tickets and their trip to Jamaica should reconsider now and buy back dem tickets," he said.

"Still, we need a permanent solution. Four a.m. and 2 a.m. for the festive season alone can't work because remember dat weh dem gi we are just temporary. In my opinion, I would rather to have no lock-off time. Dancehall is too important and reggae is too important fi di factory of reggae and dancehall have lock-off time."

Dancehall stalwart Bounty Killer also welcomed the extension, labelling it as a 'small relief for the entertainment sector'.

But in a post to his official Instagram page, the 'five star general' expressed that with the extended times to end before Jamaica celebrates Reggae Month (February), the powers that be may need to reconsider the expiry date.

"If we are truly celebrating reggae music, it should be played freely during that month I think," he wrote.

He expressed that with February being Reggae month and the birth month of several Jamaican musical icons, an extension should also be granted for events being held in that month.

But while the news was considered as a good move by industry insiders, some social media users were not pleased, suggesting that the 4 a.m. extension would only give thieves and gunmen more time to commit crimes.

"What about the boring people like me wah don't want no noise? Boring people nuh matter," another posted.

Those against the move also added that the Government's choice to extend party hours is a ploy to win the upcoming elections.

"Securing the votes by all means," one user posted.

"Not surprised. They working hard to win the next election doe boy," another wrote.