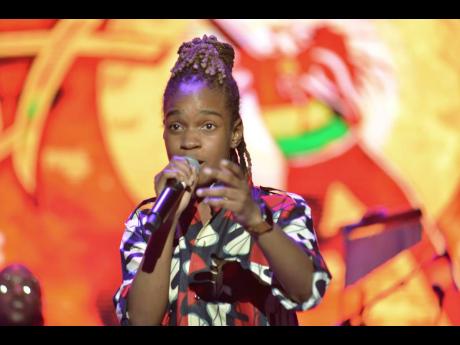 When THE STAR asked its 500,000 fans last week which artiste was the breakthrough artiste of the year for 2019, Grammy-nominated singer Koffee came out atop the polls.

The singer, who made former US President Barack Obama's summer and year end playlists, enjoyed a massively successful year moving from fairly known to becoming one of the most impactful entertainers out of Jamaica.

Creator and host of the World Music Views, Donovan Watkis, says based on the chatter on the local and international circuit, the fans got it right.

"Koffee epitomises what it means to be a breakthrough artiste. She had a phenomenal year which ended with a Grammy nomination. She's the only artiste out of Jamaica in the last year that made any real impact on the international scene," he said. "A Grammy nomination and making Obama's summer and year end playlists, now she's added to Coachella and will perhaps land on most of the big shows on the international scene this year. She's poised to carry her dominance into 2020."

But artiste manager Heavy D believes Koffee has transcended the breakthrough artiste category, and said that with all she's achieved internationally, she is in a league of her own.

"Koffee can't go in deh so cause Koffe nuh breakthrough, she break away. Even though she really break through last year, she must deh inna female artiste a di year because there is no competition fi her," he said. "Most a dem other artiste yah inna da category yah nuh even see foreign yet, Koffee a tour the world."

But Heavy D agreed with the fans' selection of 6ixx artistes Daddy1 and Chronic Law in the category.

Chronic Law came in at second place based on votes, while Daddy 1 followed in a close third. Brick Pan Brick artiste, Skillibeng, and Wileside Government's Jahvillani rounded out the top five.

Other artistes who earned votes for this category included Intence and I Waata, Quada, and Heavy singer Jada Kingdom.

THE STAR polls are not representative of the whole dancehall industry. Instead, it is a reflection of the consumer's taste.

No mechanisms were put in place to combat instances of voting, however, when it was realised that one account cast multiple votes, only one was calculated.