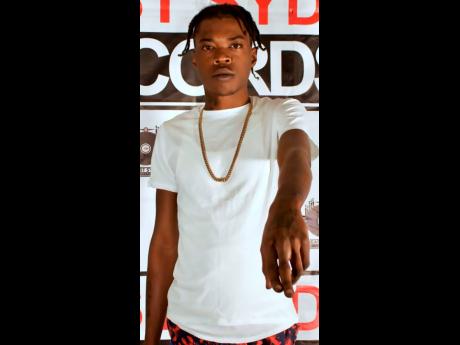 Skillibeng's breakout track, Brick Pon Brick, has blazing quite the trail on the dancehall scene.

The song, which has soared pass a million views on YouTube in the space of a month, is causing such a stir that the deejay is now touted as one of the artistes to watch in 2020.

The artiste's producer, Gutty Bling, has so much faith in the entertainer's talent, that he believes Skillibeng will dominate the local music circuit this year.

"It's not a if, but, or maybe. With the power of my help, Skillibeng will dominate dancehall in 2020," Bling said. "He's most definitely going to be a force to be reckoned with. Not only is he very talented, but his style is going to set him apart. He's very unique, him versatility nuh normal and unu a go see dat dis year, because him a come to take a seat at the table. Another thing that will work in his favour is that his work ethic is on 100 per cent. He's hungry for success and you can see that in his attitude."

Too much to offer

Well aware of the 'one hit wonder' label that hovers over dancehall artistes who burst on to the scene with hit songs, Bling says he's certain Skillibeng has too much to offer.

"Him could never be no one hit wonder because him have so many songs just waiting to be released and all a dem have the potential to be big. Him have a song out now called 50 Bag. Yuh see same way how Brick Pon Brick hot, it a go hot too, trust me," he said. "Den him have another one called Cocoa Tea, soon to be officially released weh people a gravitate to. Him have so much stuff right now, him can saturate the industry tomorrow if him feel like, but he's so humble that he's going to take his time and take over slowly."

Speaking of taking his time, Bling explained that Skillibeng is in no rush to compete with the 'hot' artistes. He explained that with Vybz Kartel being one of the entertainer's biggest inspirations, he's looking to follow in his footsteps and pay his dues before claiming a place at the top.

"Every interview Skilli do, him will tell yuh Vybz Kartel a him inspiration. Him study Kartel rise and him say like Kartel, him a go fi it, but him nuh inna no rush," Bling said. "Every time me see Skilli, a Kartel me see, and him nah come fi take over from nobody, him just a do him thing and a try master him craft."

Bling said that since late last year, the demand for Skillibeng has seen a huge increase.

He said international promoters have come knocking and the artiste is now in the process of securing the requisite work permits needed to facilitate his travel to some of these countries.