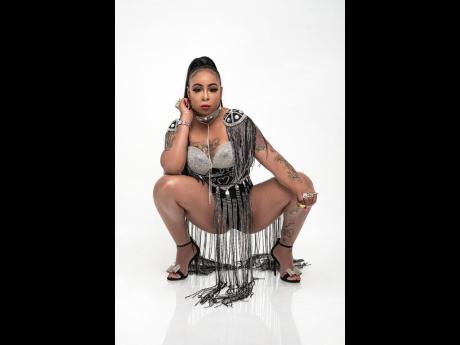 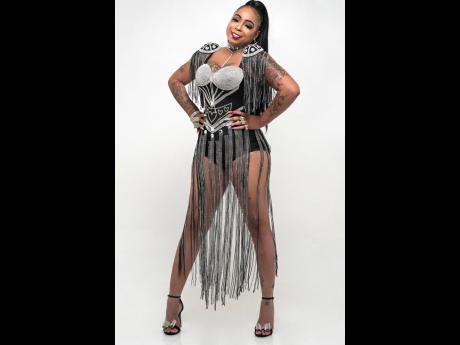 Lisa Hyper is promoting her new single, 'Queen B'.
1
2

Although her new track, ' Queen B', can easily be taken as her shot at the dancehall top spot, Lisa Hyper is making it clear she wants no part in any competition for any 'royal' title in music.

The 'Gaza First Lady' says she's confident in her talent and what she has to offer the industry, and that competing for crowns is not her focus.

"The riddim and the instrumentals inspired this song. Me nuh inna queen race, because me nuh run rat race. I am a queen," said Lisa Hyper. "Me nah run nuh race fi be no queen. I was mentored by a queen, which is Marion Hall/Lady Saw. Me nuh need fi run queen race. And I went to The Queen's School, so I will flourish in wisdom and virtue."

The entertainer noted that 'Lisa Hyper' has many different characters.

"I am different from the rest and very diverse. There are different sides of me; you have the classy Lisa, the bad gyal Lisa, the subtle Lisa, and the boss Lisa," she said. "When I actually put out the song, I realised people miss di firm, bad gyal side a me, and it prove to me say me nuh need to be anybody but mi self."

With that said, the entertainer says she has big plans for her career in 2020. Revealing that she's already started filming for four music videos which she will release during January, Lisa Hyper said that this year she's not coming to 'play'.

"I'm finishing up my True Champ album on Vybz Kartel Muzik and I am hoping to release it in a few months. I'm working on a lot of music videos, because my aim is to make the people see a lot more of me," she said. "A whole heap a things a go gwaan. Me a go put in the work and make it hype, while me just humble."