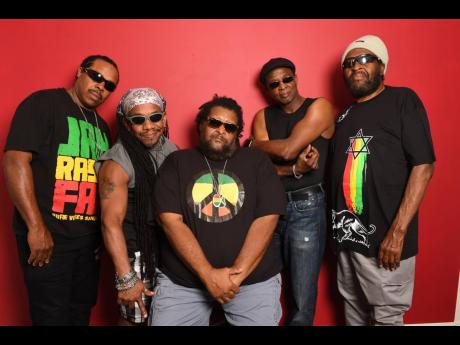 The iconic reggae group, known as the 'Original bad boys of reggae', were invited to Sunday's Miami premiere of the Bad Boys for Life movie starring Will Smith and Martin Lawrence.

Lewis and his bandmates rubbed shoulders with Hollywood royalty at the event.

Lewis told THE STAR that he couldn't help but reflect on how one song, Bad Boys, changed the band's entire life, and used the opportunity to urge young artistes to make meaningful songs.

"This was our first time being at a big movie premiere and being there and doing photo ops and having people rushing to take pictures, I was like 'damn what is this?' But you know, when I really look at things, this was all possible because of one song," he said. "My only words for musicians, artistes and the thing I've always said, is that we have to work on our craft and take it serious. For a little island like Jamaica to have created so many musicians and great songwriters, we cannot 'cheap out' the thing. We affi take things to the level where we make it meaningful, because people all over love it. Some love it so much they imitate it."

He challenged his industry colleagues to keep the music real and authentic.

"Because that's how it came down the line from ska to rocksteady to reggae and then dancehall," he said. "We have something that the world is yearning for and if the young ones coming up recognise that, music will never die. I just giving unu a heads up. Listen to the craft, study the thing and learn that we have the gold."