Quada is in good spirits, says lawyer - Artiste facing murder and arson charges; fans say freedom is a must 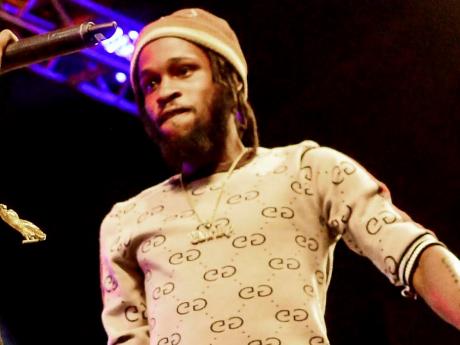 Fast-rising dancehall artiste Quada is the latest entertainer on the local circuit to face criminal charges.

Quada, whose given name is Shaquelle Clarke, was charged on Tuesday with murder and arson in relation to the 2019 mob killing of Miguel Williams.

Williams was allegedly the man behind the rape and slaying of eight-year-old Shantae Skyers in Sterling Castle Heights, St Andrew.

He was attacked, beaten and set on fire by persons who accused him of killing the Red Hills Primary School student last April.

Quada, turned himself into the police on Tuesday, and following a question-and-answer segment, was charged. He is still being held by the Constant Spring police.

His attorney, Bert Samuels, told THE STAR that his client is in good spirits even as he awaits a court date to see if he’ll be granted bail.

“We were trying for tomorrow (today) for a date but we’re not sure if that will happen. We’re going to apply for bail and whether or not that is granted is up to the judge,” he said. “He’s in very good spirits because he is confident in his attorney and the justice system. We have a very good defence and we’re hoping that he’ll be granted bail.”

Samuels added that he and his team have already begun strategising to figure out the way forward in the case, but could not give any details as the latter was confidential.

As news of Quada’s arrest and charge continue to spread islandwide, social media has been calling for his release.

They have been labelling Quada’s actions, if guilty, as jungle justice working at its best. Most users have been expressing that since the man the deejay allegedly killed was said to have been involved in the rape and murder of a child, Quada did the world a great deal of good by eliminating him.

“Dem did want the rapist free? Nobody shouldn’t do nothin bout it? Man a rape eight-year-old and police nah do nothing bout it then when people do something, unu quick fi arrest dem,” one of the comments on Instagram read.

Some users even blasted the Jamaica Constabulary Force for pointing out that had they done their jobs in trying to secure justice for young Shantae, civilians would not have felt the need to take matters into their own hands.

“Sad to see that the actual justice enforcers of the nation are so completely useless, di citizen dem haffi take it up ina them own hand,” one user wrote on Instagram.

THE STAR tried to get a comment from Quada’s camp but was unsuccessful. However, the Unruly boss, Popcaan, showed support for his close friend and colleague when he commented on THE STAR’s breaking news story on Instagram.