Gospel Spotlight: You don’t have to be a Christian to sing gospel - Don Andre releases ‘spiritual’ track 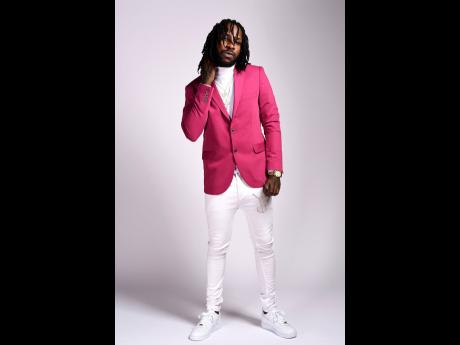 Don Andre says he doesn’t need to be a Christian to sing God’s praises.

Dancehall artiste Don Andre says he’s looking to show off his musical maturity with the release of his new song, ‘ Pray’. The track, which is the second single from his soon-to-be-released EP, dubbed ‘ Paradigm Shift’, is a spiritual song. The entertainer, who described himself as a “firm believer in God,” says the song is not his introduction to Christianity, but is testament to the idea that one does not have to be a Christian to do gospel-inspired music.

“It’s not really a change in lifestyle because I’ve always been spiritual. I grew up in a Christian home, and so I know you don’t have to be Christian to call on God or praise Him, and that’s what I’m doing with this song,” he said.

“When I did the Tom Cruise track, I felt like everyone was boxing me in as this artiste that could only do dancing songs. And nothing is wrong with that. But my talent and my dreams and aspirations go far beyond that. I don’t like to limit myself. I like to switch things up. So you can hear me rap sometimes and you’ll hear me do spiritual songs.

“I feel like as an artiste, the more you grow is the more your work should show that growth. I’ve matured in music so much, and I want my work to reflect that, and so I will be doing this kinda music going forward. Not necessarily gospel music, but music with a message, music that uplifts and encourages,” he continued.

Don Andre says while the majority of listeners love the track, others feel that with all the hype in the music industry right now, he should be focusing on capturing some of that attention.

“In all honesty, I get where those individuals are coming from because we as human beings tend to want the things that are bad for us. I mean, every day, we hear that smoking kills, but we still smoke,” he said. “People always tend to turn to God when dem sick or inna problems. I am a God-fearing person who gives God thanks in good times and bad times, and I want when people hear this song, they know they can call on God anytime.”