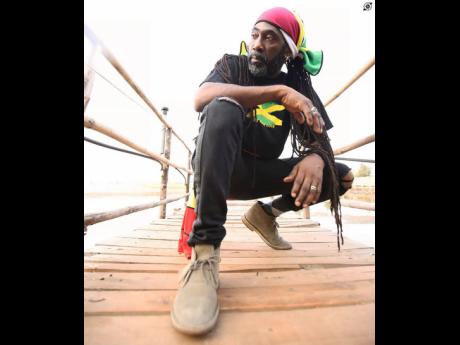 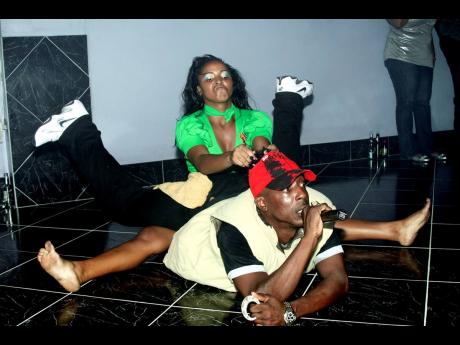 Tippa took the energy wherever he performed. 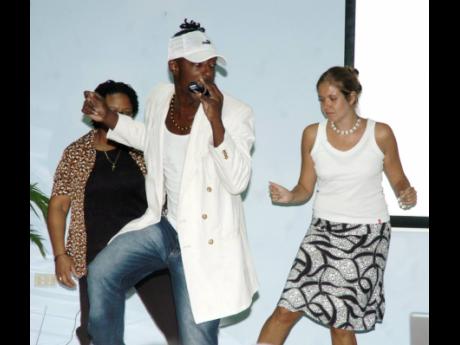 Tippa (centre) teaches a few dance steps to participants at a symposium held at the University of the West Indies in 2007.
1
2
3

The local dance fraternity is in mourning following news of the death of popular dancer, Tippa.

He died from an undisclosed illness.

Still shocked at the death of someone she described as an all-round good person, Schroeter said she was on her way to the hospital when she got the call that Tippa had passed.

"Tippa was the type of person who was always happy, always moving, and so his passing has come as a shock to all of us. Until about two days ago, I didn't even know Tippa was sick," she said. "But knowing Tippa, this was not something he would have disclosed because he enjoyed making people happy and would never have wanted people pitying him in any way. We are all saddened by his passing and he will be greatly missed."

Schroeter revealed that in addition to having his own dance segment on TVJ's Intense programme, Tippa would also lend his skills to the Digicel Rising Stars competition whenever he was called upon. She described him as an eager, dependable man who loved dancing to his core.

Dance Xpressionz's Orville Hall described Tippa as a brother, and said their friendship spanned more than two decades as he used to dance in Tippa's first dance crew.

"I've known Tippa from the '90s, so a me fren, me real fren. Me used to dance wid him group. Yesterday when me hear, it was just too much to handle at the time. I made a post for my page but I couldn't actually post until later on in the night just to actually absorb the reality of the fact say him actually gone, and what was painful is that I didn't know that he was sick," he said. "I don't know why it was kept so hush-hush even though me know say Tippa is a very quiet and private bredda, so maybe that's one of the things why we never know. Maybe him never wah alarm nobody with his sickness, but it hit me hard and me a realise say we need, as the dance community, to be a little closer. We need to be more aware of what is happening in the dance community with each other."

Hall expressed that based on his contributions to the dance community, it is important now that the space moves to secure Tippa's legacy.

"This is somebody who I would consider an icon in this business. Weh we need fi do now is try and make his legacy live on, because we have a way fi after people pass we make a hullabaloo about it and den we nuh say nothing after that," he said. "He has been very instrumental to the development of dancehall dance, so I hope we can come together as a community and really continue the legacy."