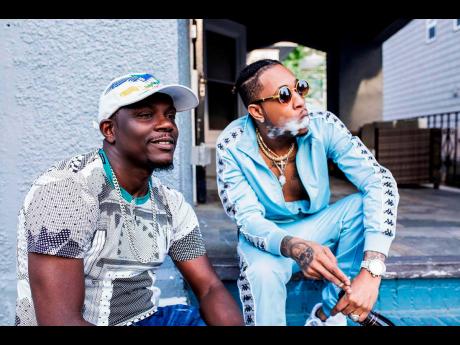 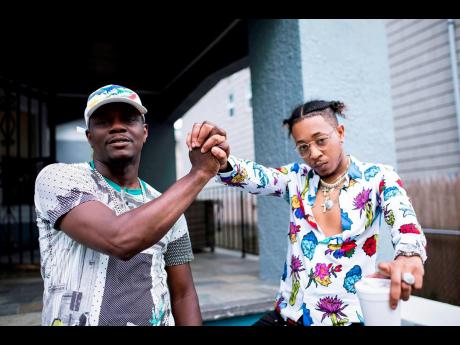 Following up on a promise they made late last year, New York-base recording artistes Kappa and Shootii are determined to make their mark on the music industry this year. The pair have released their new single 'Touch Road', and based on traction it has received thus far, the artistes may have found the hit they have been aiming for.

Produced by Chemist/Buzuwa Records, the track, accompanied by an official video, has been receiving strong feedback on the international circuit, particularly from music lovers in the US.

The song made its way on to several noted charts and media outlets in only its first week, and was listed as a Hot Track on the Reggae iTunes Chart.

Locally, the record has been enjoying some rotation. The duo would like to see more support in Jamaica but aren't too worried.

"Dancehall is no longer confined to Jamaica, and is now becoming a global genre," said Kappa. "As artistes based in New York, we want to represent for the culture and allow fans to see the music from our perspective. We are grateful for the support we have been receiving so far, local and international."

Shootii, a Clarendon native who migrated to the Big Apple, said the support has given him a special drive to continue pursuing his dreams.

"I have always had a love for music; and to see all your hard work paying off is a very satisfying feeling. The support we are currently getting encourages me to push even harder as an artiste," he said.

Despite being relative newcomers to the music business, the duo said they are very happy with their progress.

They believe that with the team they currently have in place, further growth is imminent. Showing no signs that they will be slowing down anytime soon, the pair have released a second single, titled Banga.

They are hoping both tracks ( Touch Road and Banga) will garner the attention they need to stay afloat in a competitive music space.