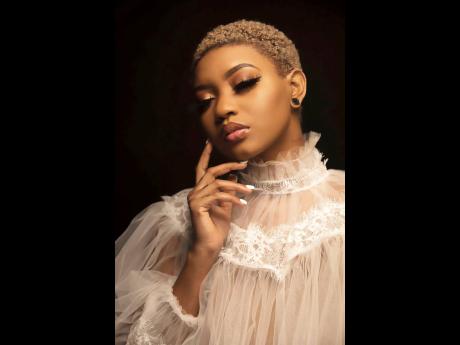 Dancehall rising star Jada Kingdom drops her latest single later today and, according to her, the track is a 'Warning' that she's not the one to toy with.

"I wrote it from past experiences with dishonest, non-genuine people, so I felt the need to touch on this topic as I'm sure it's also something everyone can relate to," she said. "Also, in case you didn't know already, I just want to underline the fact that I'm not the one to f**k with."

With the social-media squabble that took place last Friday between her and long-time rival Shenseea, Kingdom says she is well aware people will make connections between the track and the ongoing feud.

"I am not one to mince or throw words, so if I was doing a diss track everyone would hear that loud and clear. My mindset is far from that right now," she said. "I was aware that some people would try and twist it into that, and at one point the team and I even thought of holding back the release because we don't want it to be misconstrued as some diss record."

Warning was produced by Keely Keyz. Kingdom said the synergy between them was great, so she has high expectations for the song.

"It was the first time I worked with him and we instantly found a great musical connection. I believe everyone can relate to this song because it's a very big topic. I hope it's refreshing for people to hear this type of message coming from me. I just want to be diverse with my music," she said.

Speaking of diversity, the entertainer says she's slowly making her mark in music as one who is not confined to a specific genre.

The latter, she says, may have caused some of the songs to be excluded from the popular songs list of many selectors. Still, Kingdom refuses to change her style to fit the status quo.

"Tracks like Heavy!, One Time and Warning are more suited to the dancehall format, so we are just balancing the creativity. I don't release songs every week, and every artiste has his or her own way of doing things. I like to think of my way as me working hard and smart, and I feel like my mark is being made slowly, over and over in every song I release," she said.