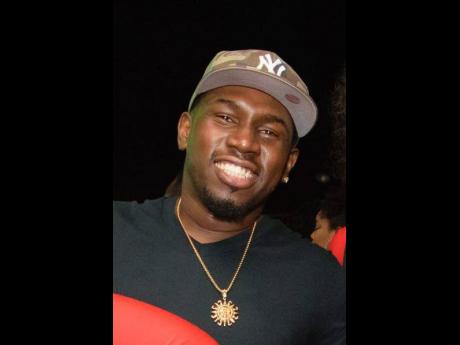 For the first time since December, fans of popular selector Foota Hype got to hear from the man himself that he is doing well and riding out his storms. In a brief telephone conversation with fellow selector Tony Matterhorn last Friday during his Quarantine Fridays IG live, Foota Hype assured fans that freedom is a must and explained that his current situation was not as a result of anything criminal.

"Yuh have people a speculate, a worry if Foota get charge fi supm bad or if a some crime Foota do. No," he said. "We good enuh, we deh yah basically fi nothing at all so we a gwaan hold out because it's a process. It's not like yuh can walk inna a place and just walk out. But it (freedom) is a must because yuh nuh see dem lock me up and God lock up the whole world. Yuh can't lock up God people. Me lock up and me sure say dem a feel my pain because the world lock up yah now."

The entertainer, who is currently being detained at an Immigration and Customs Enforcement (ICE) facility in the US, was making reference to the state of lockdown several countries have been placed under as a result of the COVID-19 crisis. Expounding on the latter, the selector said the virus outbreak was a sign that God is unhappy with the way people have chosen to live.

"Everybody know is not about Christianity because we nuh use Jesus, we use creator and that's a fact. But we been a hurt God and me been a preach it," he said. "Ninety per cent a di woman dem weh exist inna the world a sleep wid gyal and 75 per cent a di man dem a cheat pan dem woman wid a next man and dem think say nobody nuh see. But God see and God nah laugh wid dem supm deh, so we a get it."

"When yuh see dem thing yah come to fruition is not a joke thing. Yuh can't just get up only when yah feel pain and praise God," he continued as he urged wrongdoers to turn a new page in their lives.

"Dis disease yuh don't have to do anything at all to ketch it. Yuh just affi be alive so it nuh partial nobody. We all affi change weh we a do because we see dem thing yah inna movie," he said.

Foota, who seemed to be staying abreast of the events in Jamaica, said that he's proud of the way officials have be handling the pandemic.

"Me wah big up Peter Phillips and Andrew Holness. Me see dem a do a whole heap a things a Jamaica, dem a wash the streets and dem thing deh. Some countries nah do dat and likkle likkle Jamaica a do dem thing deh. We affi big dem up," he said.