Langi looks to tap into global fan base 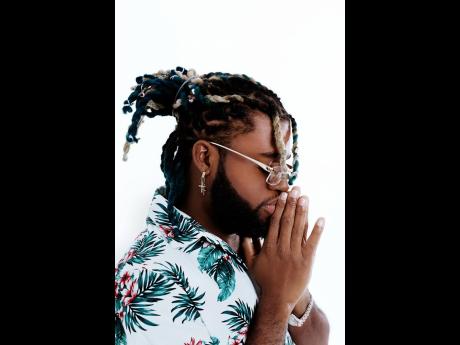 Recording artiste Langi has been trying to re-establish himself on the local music scene since migrating to the US in 2013.

The entertainer, who is currently residing in New York, said his career suffered a massive blow when he decided to leave Jamaica.

Then he was making steady progress in rebuilding his presence when the coronavirus outbreak caused a total shutdown of the state. But he's determined to make his comeback.

"It has been very challenging because I had just started to establish meaningful friendships and a fan base in Jamaica when I had to move. It felt like I was leaving all I worked for behind and was basically starting over. Although I was now in the land of opportunity, I had to work twice as hard to get myself heard," he said. "Then, as I was finally getting things moving again in a new country, the pandemic struck."

He added, "I think this may even work in my favour because now people are home and looking for things to do. They may just discover my music and decide they like it."

The artiste said that he also wants to find a way to keep connected with his culture while adapting to others. He believes that will be key to his success as he eyes an international career.

"In New York, I found myself in a melting pot with people from so many different backgrounds and I had to make adjustments while being mindful of the cultural differences," he said. "But learning and adapting to new ways of life has given me a drive to prove myself as a reggae/dancehall artiste who is for all the people. Make no mistake, I keep things authentically Jamaican, but I want to tap into the global fan base and so I add extra flavours here and there."

Langi, who is working with both US and Jamaica-based producers, says the expertise from both sets of creatives will help him accomplish what he has set out to do.