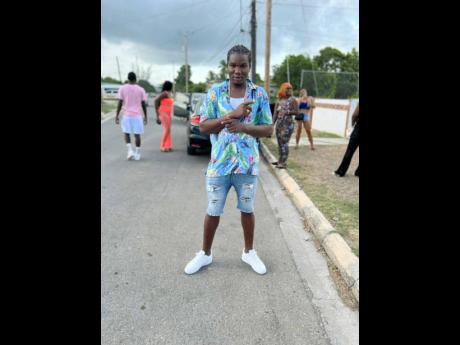 Up-and-coming dancehall artiste Don Dappa says dancehall music has become too dark and violent. He said that he wants to bring back humour to the genre.

"A lot of people will say dancehall music has always been violent but that's not totally true because back in the day there was more versatility in the music. I can remember the days when we used to hear a lot fun songs on the radio. I'm talking about songs like General Degree's Granny, Professor Nuts' Mama Have Her Own and Mad Anju's A Wah Dis Fada. We don't hear these types of songs anymore," said the artiste.

He continued, "We're living in some very serious times and people need to relax and have fun. When you listen to music it can impact your mental health in a positive or negative way. It all depends on the type of music you listen to and that's the reason why I choose to make music that will make people laugh."

The St Catherine-born deejay recently released his debut single, Act Like Chappa. The song as co-produced by Conroy Smith and Kemar Watson.

"When people hear the name of my single they think I'm singing about chappin, but as soon as they listen to it they begin to laugh uncontrollably. They have to laugh because my song is amusing. I'm telling them a story about how I'm wearing knock-off clothes and shoes trying my best to look like a chappa, to impress the girls. It's hilarious," said Don Dappa.