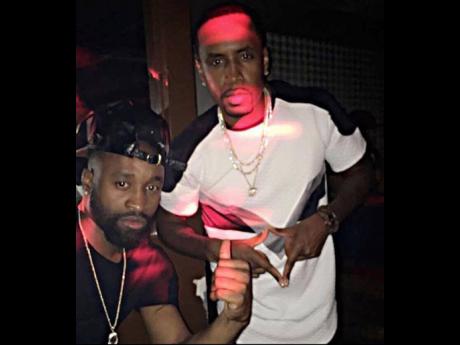 Music producer Minto Play Da Riddim has teamed up with Jamaican-American rapper Safaree on a new track titled Stutter Step, which was officially released on September 16.

"The project is a banger, the song and beat are full of vibes and it's a hit, in my eyes. It actually went viral on The Shade Room, World Star Hip Hop and I'm getting good feedback on the song from listeners," the producer stated.

He and Safaree first met in 2016 and worked together on Safaree's 2020 single, Tek Off. The producer also has a track on the rapper's last album, IDGAF.

"The chemistry is good. I had sent [Safaree] the instrumental, he loved it, and we went forward. I think that it's a really good song and it has potential to be a hit. The beat is different, the song was well put together overall, and I think the production was good," Minto Play Da Riddim said.

The song gained a big boost when it was added to a video of Safaree riding his bike in the rain, which was then reposted and went viral. An official music video for the track is also in the pipeline.

Based in California, Minto Play Da Riddim has worked with a slew of talented artistes, such as Skillibeng, Jahvillani and Charly Black. Keeping the momentum going, he is working on several new projects.

"I have lots of music to release, including a remix with Skillibeng and rapper Smiles Official from Miami. I also have a Jahmiel track to release," the producer revealed.