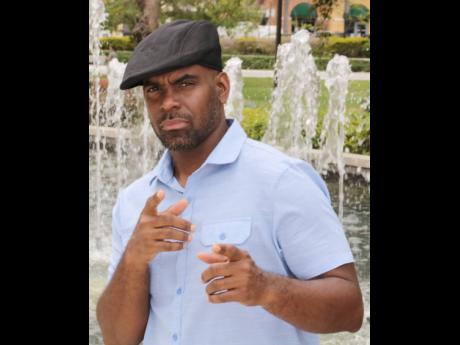 Fifty years ago when The Chi-Lites released The Coldest Days of my Life, house parties were the rage in Jamaica and the lush ballad was a favourite of soul music lovers like Willie Lindo.

The veteran producer's son, Kashief Lindo, covers the dreamy classic for his latest song, his version is titled Coldest Days of my Life, scheduled for release on November 25. It bears the seal of Heavy Beat Records, their Florida-based company that has had success with major acts like Beres Hammond, Dennis Brown and Boris Gardiner.

In addition to vocals, he played several instruments on Coldest Days of my Life. His father, a leading session guitarist at Federal Records during the 1970s, played guitar, while Paul Douglas of Toots and The Maytals fame is on drums.

Coldest Days of my Life is the follow-up to See You in Your Arms Tonight, which is from the younger Lindo's album, released last year by Heavy Beat Records. The singer is best known for easy-listening songs such as No Can Do and What Kind of World.

Lindo senior is head of Heavy Beat Records, which hit its stride during the 1980s with hits like What One Dance Can Do by Hammond, Inseparable by Dennis Brown, and Gardiner's I Wanna Wake up With You.