Beware of criminals in cop clothes 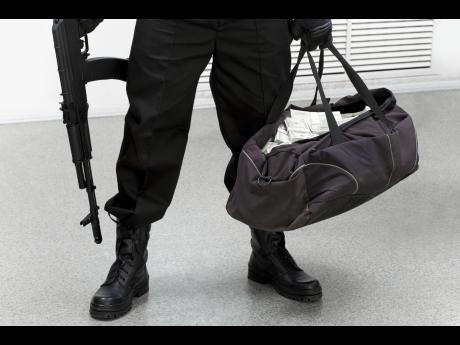 Beware of criminals clad in police garments pretending to members of the Jamaica Constabulary Force! This is the warning from Assistant Commissioner George Quallo, in charge of the Area Four police, which covers most of Kingston and St Andrew.

He told THE STAR that he is aware of multiple instances of criminals impersonating police officers, especially in the Corporate Area.

"We have been sensitising our officers about the situation. You have persons going around in those (Nissan) Tiidas pretending to be police officers. Be careful of them," Quallo warned.

The ACP's warning came after THE STAR contacted him about an incident posted on Facebook, involving a University of Technology (UTech) student, who said she narrowly escaped some criminals pretending to be policemen.

An excerpt from the Facebook post, which chronicled the thrilling encounter just over two weeks ago, read: "Last night was crazy I almost got robbed/killed at gun point as some men pretending to be police officers tried to pull me over as I left school...they were dressed like officers however they didn't have a marked car, they had a Tiida with a flashing green light on it instead of blue".

ACP Quallo said the flashing green lights is a strong tell tale sign that the men are not cops as police do not use such lights.

The post continued: "They started flashing their lights from I was leaving school but I thought it was a bus or some excitement and ignored it. When I reach the stop light now they started coming out of their car with guns in hands and I just drove right thru the stop light and they tried to chase me but I lost them off Oxford Road..the threat is real...this happened coming from Utech".

ACP Quallo said he was not aware of the particular incident but said he can confirm that similar instances have occurred. He said such criminals could face numerous charges depending on the crimes committed.

A perpetrator caught impersonating a lawman could be ordered to spend up to 30 days in prison or pay up to $2,000.