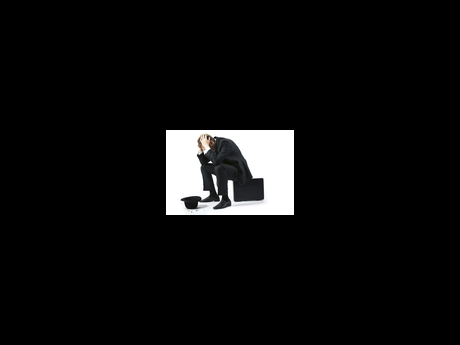 A medical doctor, who resides overseas, is

clinging to hopes that monies totalling US$2.7m (J$324.8m), that was entrusted with his younger brother to build a house, can be recovered as soon as possible.

The doctor, 57, flew to Jamaica after finding out that his house is yet to be started, despite sending money since 2005 for its construction to be done in Mona Heights, St Andrew.

Information reaching THE WEEKEND STAR is that he has now sought the services of a collections agency to recover, using today's exchange rate, over J$300 million from his 46-year-old sibling, who is a driver.

This, after he claimed he was advised to take the matter to the civil court because the money involved was over J$1 million. He said he opted to go to a collections agency instead of the civil court as that procedure would take too long.

He said, "I went to the police in Portmore, the police said they couldn't arrest him because he is saying one story and I am saying a different story. I sent him money to build a house and other

specific transactions. He told the police I sent them money to help them."

The older sibling said he also sent items such as television sets, refrigerators, stoves and other items.

However, he told THE WEEKEND STAR that when he came to Jamaica in 2006, he found out that he had been deceived, however, it was not until August 19, 2015 that he made an official report to the police.

When asked what took him so long to seek justice, he told our news team that it was because he had a previous matter against his brother that has now reached the Supreme Court.

But Gayle is firmly of the belief that the money sent was used to build his brother's house.

"Where he lives now is my money him tek and buy the house, and he didn't take a mortgage, he bought it cash. Can you imagine somebody buying house cash and he doesn't have the education or skill to afford such a property," he said, laughing.

When our news team contacted the St Catherine South police, the investigating officer could not be reached. However, a senior officer told THE WEEKEND STAR that they have heard about the matter and that an investigation was launched.

He said he could not comment on the progress of the investigation because the incident happened sometime ago.