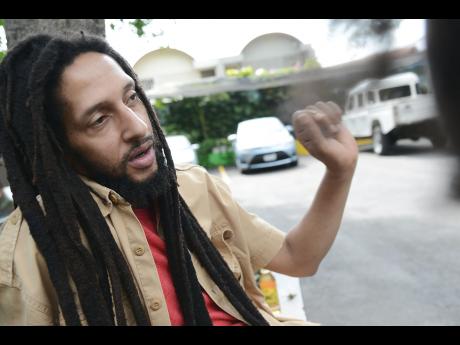 Julian 'JuJu' Marley, the fifth son of the legendary Bob Marley, during an interview at Bob Marley Museum on Old Hope Road in Kingston on Tuesday. 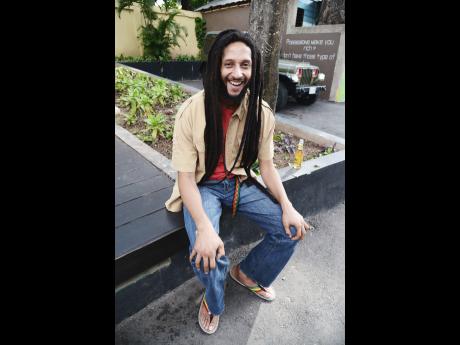 Julian 'JuJu' Marley, the fifth son of the legendary Bob Marley, has indicated his desire to get involved in the marijuana business locally.

'JuJu' Marley is involved in the medical marijuana in the United States.

"The way how we take on to the herb is business; but is not business, it's spiritual same way," 'JuJu' Marley, who was born in England, told THE STAR.

"It's more like an advocate point of view, being that we a Rasta, herb is our sacramental plant. It's a sacramental plant, and the sacramental food for the mind, for the spirit. And who should really be at the forefront of herb? The Rastaman, who has been persecuted for decades and centuries."

Jamaica is in the process of setting up a medical marijuana industry. In early January, the Cannabis Licensing Authority granted conditional approval to three applicants for permits to cultivate and process marijuana.

Two small cultivators will be allowed to grow ganja on less than an acre of land, and a third permit is for the establishment of a small processing facility. The granting of the conditional approval comes nearly nine months after the passing of regulations to facilitate the cultivation of marijuana for medicinal, scientific, and therapeutic purposes.

Juju Royal, the brand by which his weed products are known, is available in Colorado, "and all the legal places and hopefully right here in Jamaica, soon, too," Marley said.

"The herb is medicine. There are many ways to use it," said Juju Marley, who first came to Jamaica in 1981 for his father's funeral.

"Rasta done a mek tea wid it long time, a cook wid it, a do nuff different kind of things; and then you find out seh, oh, the Rastaman is right. That kind of livity, the natural organic life," he said while endorsing the weed.