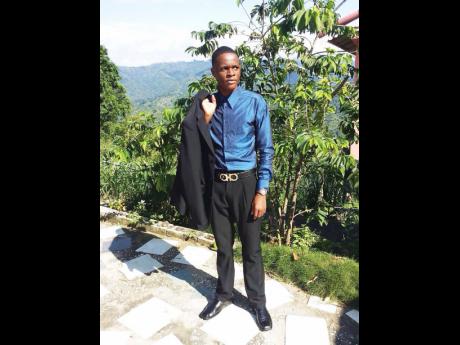 Come next week, most teens will be heading back to school, but that is only a dream for 17-year-old Rolando Stewart, who would have been going into fifth form at the Glengoffe High School in St Catherine.

He was diagnosed with heart failure on June 13 this year. As a result of his condition, he is now unable to undertake physically demanding tasks.

He needs to undergo heart surgery as soon as possible, but it will cost some US$21,000 or just over J$2.7 million, which his family simply cannot afford.

"Starting last year, he kept complaining of feeling sick, and his condition rapidly deteriorated. He could not walk, his feet were swollen and could not go into any shoes because his body was retaining so much water. If he moves a little bit, the heart starts palpitating, and you can stay from a distance and see his chest beating. He couldn't sleep lying down; he had to sleep sitting up with four to six pillows," Stewart's grandaunt, Beverley Hunter, told THE WEEKEND STAR.

She added that Stewart is now stabilised with the help of medication, but it will be short-lived, as he needs the surgery.

Hunter, who resides in King Weston, St Andrew, explained that Stewart has been battling with rheumatic fever since he was 11 and has had to take monthly injections to keep the condition in check.

Nonetheless, Hunter said he remained an otherwise healthy and highly energetic child, until his condition started to deteriorate last year.

Stewart was admitted at the Kingston Public Hospital for his condition multiple times without seeing much improvement, so Hunter decided to take him to a private doctor in June.

That doctor indicated his heart woes. Stewart was then referred to a cardiologist who confirmed the diagnosis and explained that he would need surgery on his valves soon.

"He (the cardiologist) made contact with a hospital overseas and they said the cost is US$21,500. I just told the lady we would have to get back to her because I know I have nothing near that," Hunter explained.

Hunter, who currently raises poultry for a living, said she has been caring for Stewart on her own after his father was killed when Stewart was just a year old.

"He is like my son. Me devastated. I don't want to lose him at such a tender age. He was this vibrant child. Anybody who knows him, knows him as such an energetic person. It has affected me and the entire family ...," Hunter said.

Nonetheless, she said Stewart remains optimistic and still has hopes of pursuing a career in the army.

Sergeant Simroy Mott of the Lawrence Tavern Police Station told THE WEEKEND STAR that on Tuesday, the police collaborated with the family and other members of the community to host a cookout in aid of Stewart.

He said they made some $300,000 from the event. He added that the police are also selling $200 tickets in aid of Stewart's surgery. However, the family is still a far way from the money needed.