$30 million worth of cocaine seized at wharf 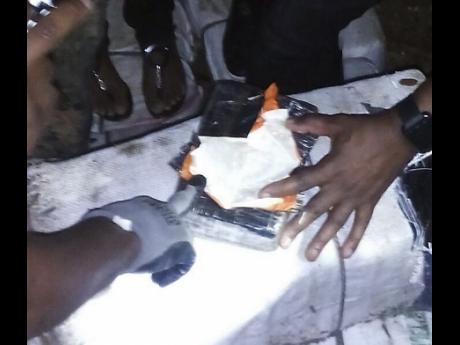 Some $30 million worth of cocaine was found at a wharf in Kingston on Thursday. Police reports indicate that members of the Contraband Enforcement Team (CET) of were conducting operations at the facility, during which they searched a refrigerated container and found 24 rectangular parcels, each containing cocaine.

The Narcotics Police were contacted and the drug, which weighs 26.7 kilograms, was processed and secured. The investigation so far has revealed that the container arrived in the island earlier the same day from Suriname.