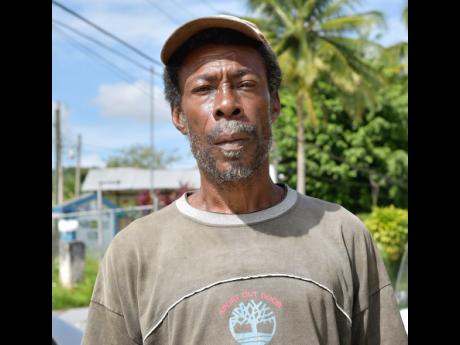 Crime has eroded the freedom and privilege of movement of residents living in the 180-year-old free village of Bethel Town in Westmoreland.

Bethel Town is the hub of commercial activities in eastern Westmoreland and is made up of smaller communities such as York, Greenwich, New Castle, Wedderburn, New Mills, Castle Mountain, Galloway, Argyle Mountain, and Cedar Grove.

Bethel Town was established by Thomas Burchell following the emancipation of slaves in 1838.

But the residents say violent crimes have forced them to take cover in their homes at night much earlier than they desire.

According to yam farmer John Davis, the level of crime has left residents operating as if they are under curfew.

"These days, people hustled home from as early as 5 and 6 p.m. every day because they are afraid," he said. "Not even the youth clubs keeping anymore. It's been several years now that them not having any meetings, because of the violence."

He told the WESTERN STAR that some grocery shops remain open in the square to catch last-minute sales from people leaving work in Montego Bay at nights.

"(But) many of them are closed between 8 and 8:30 p.m.," he said. "It's not 100 per cent safe for people to be out late at nights these days. Nobody knows the next move of those swinging their illegal guns."

However, Davis said that since the presence of police and soldiers monitoring the bordering communities of Lambs River and Retrieve, the frequency of shootings has decreased.

The police have confirmed that crime and violence in Bethel Town have contributed to community members being unable to assemble for meaningful discussions.

"Crime and its impact is a bother to this community, which has resulted in people not coming out," said Inspector Leroy Taylor, who heads the Bethel Police Station. "The police would have planned meetings, but those meeting can't be held any time after 6 p.m., because people are not coming out."